The second is a
series of articles examining the past, present and future of the McCreary
Center.

“There is no plan, no discussion, no idea, no anything about closing our centers,” Somerset Community College President Jo Marshall stated firmly in response to concern within the local community that the Center, now suffering from a significant decrease in enrollment as well as the loss of some classes and programs, may be forced to close.
“McCreary is a special center-our first center,” Marshall continued.  “And what I would 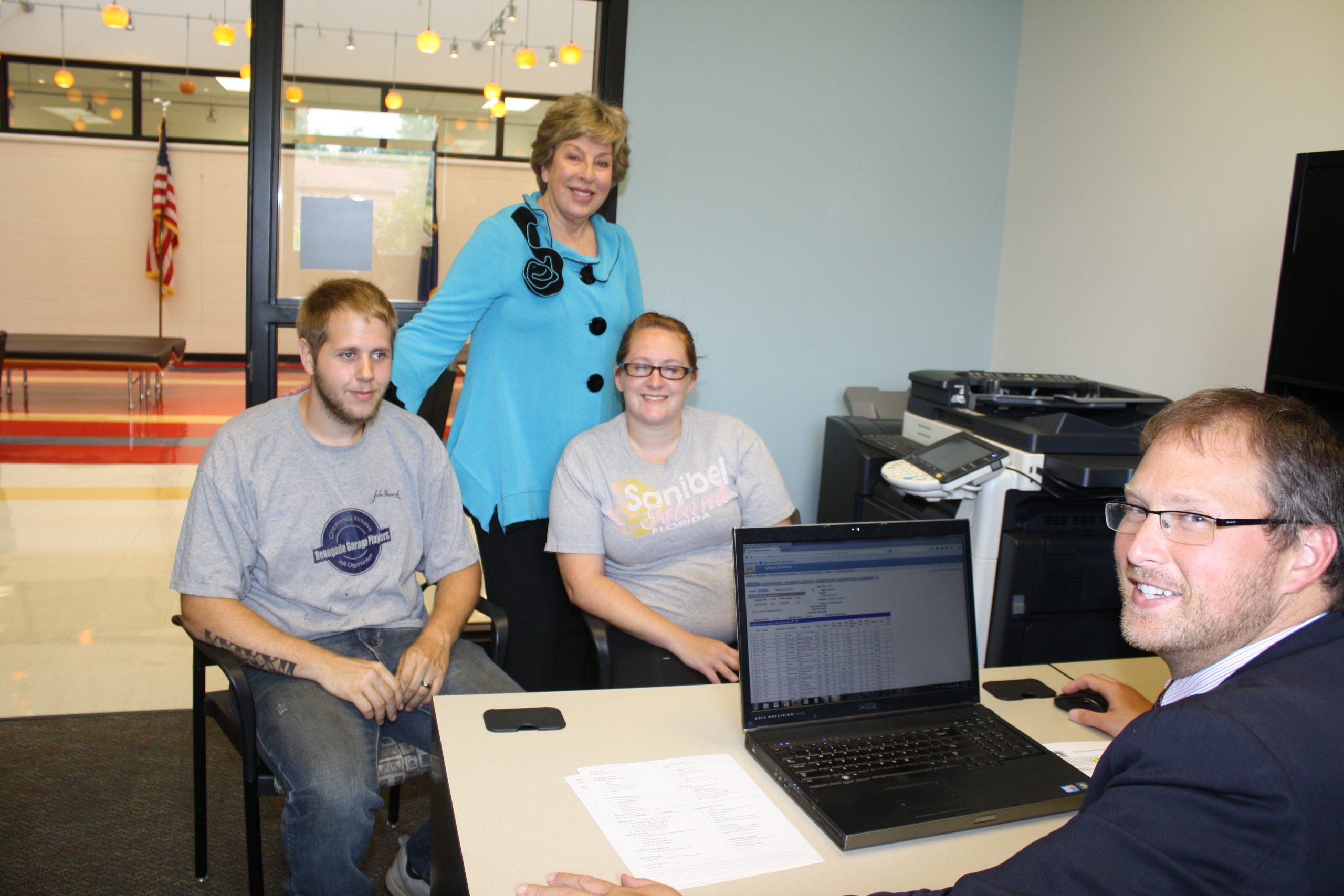 love to see here is for the Center to grow.”
In addition to concerns about closure of the Center, there are those within the community who question whether or not the full realm of educational, cultural, and economic opportunities, as envisioned by members of the original McCreary County Educational Development Foundation (Foundation) during the Center’s inception, has been fully developed through the Somerset Community College System.
In response, Marshall noted the ability to provide those opportunities often comes down to a matter of having the needed enrollment to provide funding.
“When we make decisions about Somerset Community College as a whole, we definitely take into consideration the different locations,” Marshall stated.  “But when we have a program that will not make, that we have tried several times to make, we may have to try it somewhere else.”

The decline in enrollment, both at the McCreary Center and within the entire Somerset Community College population, is an obvious source of concern.  Although enrollment has decreased at all of the Somerset Community College off campus centers since 2010/2011, the number of students enrolled in classes at the McCreary Center has dropped the most dramatically. A duplicated head count, allowing students to be counted more than once when taking classes on more than one campus, indicates a drastic decrease between 2010/2011 and 2013/2014.  The 2010/2011 duplicated head count of 2,563 dropped steadily reaching a four year low of 1,306 during the 2013/2014 school year.  The unduplicated student count (students at the Center and listing it as their home campus) dropped from 405 students in 2010-2011 to 261 students during the fall of 2013-2014.
Cindy Clouse, Somerset Community College’s Director of Advancement, explained much of the decline in enrollment can be attributed to a decline in the number of graduating high school seniors and to significant government changes in financial aid.  Since 97% of students attending Somerset Community College receive some sort of financial aid, Clouse stated the College and its satellite centers took huge hits when the government tightened financial aid guidelines in 2011/2012.
Despite the government changes, financial aid remains available albeit with more stringent guidelines.  The changes have affected the maximum number of class hours a student can take as well as the number of hours a student can receive financial aid.  Students on probation, who were previously given two semesters to bring up grades, are now given only one semester.
McCreary Center Director Steve Hammons also pointed to the increasing popularity of online classes as being detrimental to the number of students who choose to occupy seats at off campus centers, including McCreary.  He noted that all community college centers now compete with more accessible classes offered online by the main campuses and rival colleges.
“At one time, attending class at an off campus center was more convenient,” Hammons said.  “Today, it’s more convenient to stay home and take a class online.”
Somerset officials are addressing the drop in enrollment at all of their centers by working with two full-time recruiters.  Marshall stated she would like to hire another recruiter if funding becomes available.  Faculty members have begun travelling with recruiters to speak with students about specific programs, and there is a targeted effort to educate the public about opportunities available at Somerset Community College.  Marketing techniques and special events have been implemented in an effort to increase student numbers.  A 24/7 call center has been implemented to give students access to information anytime they need a response.  In an effort to avoid the loss of potential students, personnel at the college have also begun making personal contact with each individual submitting an application to the college.
Realizing the importance of increasing enrollment locally, the McCreary County Education Foundation and Director Hammons have been active in hosting special events at the Center including Education Celebration Day, Sophomore Day, and other events designed to introduce students to Somerset Community College and the McCreary Center.
Hammons feels coordination between the Center and McCreary Central High School has improved and pointed to a program implemented last year at McCreary Central which allowed students to register for college online.
The McCreary Center accommodated the new high school based registration process by doing an orientation at McCreary Central.  Last year, the Center’s online registration at Central maxed out, and this year, Hammons hopes to double the number of students registered through the high school registration program.
In an effort to reach out to parents, Center representatives were present at last year’s parent night event at McCreary Central.  As the only college represented at parent night, Center staff were able to give parents an opportunity to discuss college options for their children.

Next week we will examine the state of academics at Somerset Community College and where it is heading.