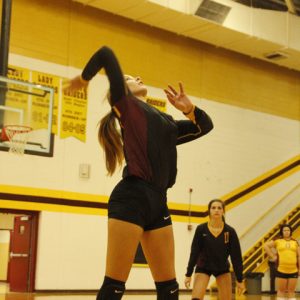 Aryn Stephens goes up for a kill. 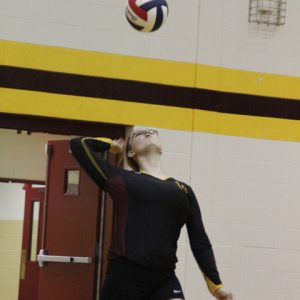 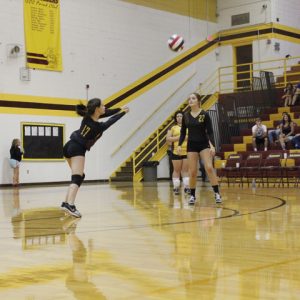 Samantha Campbell plays a shot in the back row in the Lady Raiders’ win over Burgin Tuesday night.

The Lady Raiders weren’t as sharp as they wanted to be in their Tuesday night match against Burgin, but they played well enough to take a 2-0 victory over the Lady Bulldogs.

The game was an important one for the McCreary squad as they were coming off a tough loss to Russell County last week, and preparing for their first District match of the season tonight.

Burgin (2-11) proved tougher than their record indicates by taking an early lead against McCreary in the first game of the best-of-three match. The Lady Raiders recovered and went on to win the game 25-15.

The second game of the match was more in McCreary’s favor, but sloppy play still was evident as the Lady Raiders won 25-16 to improve their record to 5-3 on the season.

Tonight (Thursday) the Lady Raiders will play their first District match of the season when they host the Wayne County Lady Cardinals (4-4) at 6:00 p.m.