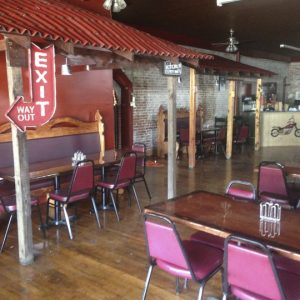 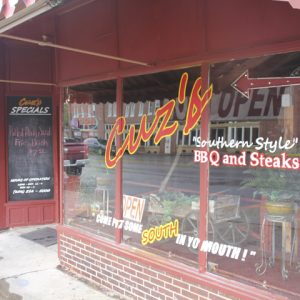 Owner Chris Carter said he and his cousin, Tony Miller, decided to open the restaurant with the idea of offering something that hasn’t been done in the county before.

“We wanted to do something different, and let’s do it right,” Carter said.

The family owned and operated eatery offers smoked and grilled meats, including BBQ, burgers and steaks, along with a full menu of appetizers and sides – including desserts.

Following a successful opening week Carter revamped his menu, adjusting the prices after getting a closer look at his operating costs, offering affordable and tasty meals from a quick lunch to a full sit down dinner.

“We have had a great response so far,” Carter said. “We have worked out all the kinks from the opening week and are ready to serve.”

All of Cuz’s smoked meats, including pork, beef and chicken, are prepared by their own pitmaster, who prepares all the BBQ on Monday’s and Tuesday’s when the restaurant is closed.

Cuz’s is open Wednesday through Saturday from 11 a.m. until 9 p.m., and on Sunday from Noon until 4.