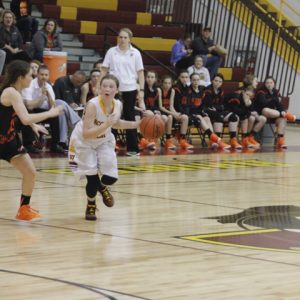 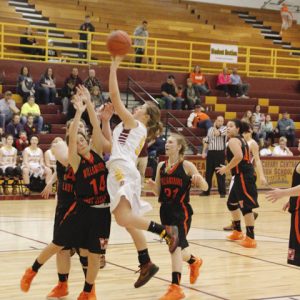 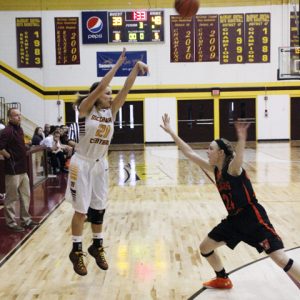 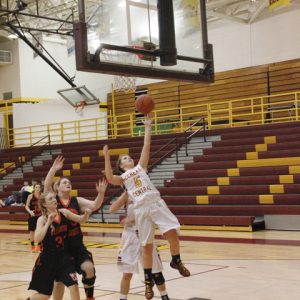 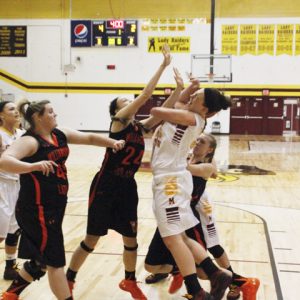 The Lady Raiders turned it up in the second half and powered their way to a 80-63 win over Williamsburg Saturday afternoon.

The win came less than 12 hours after a disappointing 79-41 loss to Southwestern the night before, but Coach Todd Waters said he sees signs of progress in the young team.

“They (Williamsburg) beat us in a pre-season scrimmage,” he said. “You can see it start to come together on the court.”

Led by Kaylee Cotton and Ally Anderson, who combined for 66 points, the Lady Raiders had their hands full with an aggressive Williamsburg defense throughout the first half, as the two teams traded the lead back and forth several times in the first two quarters.

The turning point came with about three minutes left in the first half when point guard Lauren Phillips drained a wide-open three-pointer that gave McCreary a 5-point lead. Following the play the Lady Raiders forced three consecutive turnovers, allowing them to widen their lead and shut down the Lady Jackets’ offense.

McCreary built on that momentum, closing out the first half with a 36-27 lead.

The Lady Raiders built up a 16-point advantage by the end of the third, but Williamsburg kept fighting.

The Jackets closed the gap to 9-points with 4 minutes left to play, but Anderson hit a timely three that put an end to the comeback.

McCreary coasted the rest of the way for the 17-point win, their third of the season and second within the past week.

McCreary’s next game will be next Monday against Middlesboro: Varsity tip-off scheduled for 7:30 p.m.

The Lady Raiders have a chance to repeat the win next Tuesday night when they travel to Williamsburg for the rematch.

The Lady Raiders improved to 3-12 with the win.