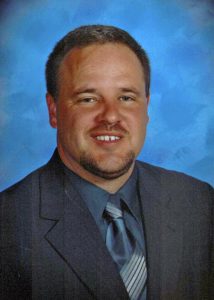 Meeting in special session Wednesday night, the Board interviewed three candidates for the position, with each interview lasting just about an hour.

The final interview wrapped up at 8:58 p.m. and the Board remained in executive session until 9:46 p.m. to discuss the applicants and come to their final decision.

When the meeting reconvened in open session Board Chairman Brandon Kidd thanked the candidates and stated the Board’s final decision did not come easy.

“This is one of the hardest decisions I have ever had to make in my life, he said.

With that, Kidd made the motion to hire Cash on a four-year contract. Rhonda Armijo seconded the motion and a vote was held with only Roxanne Shook voting “nay.”

In addition to Cash, the two other candidates recommended for the position by the Screening Committee were Kevin Duff, the Director of Federal Programs with the Lewis County School District and Michael Rowe, Principal of Pikeville Independent Schools.

The contract will officially begin on July 1 of this year, and end on June 30, 2020. Until that time Cash will continue to act as Interim Superintendent as well as continue his duties as Principal at the McCreary Academy.

The stated terms of the contract are as follows: a four-year contract of 235 days each year at 1.40 of the salary index, with the same benefits offered to all certified employees, plus a $50 per month cell phone allowance.

The exact dollar value of the contract was unclear as of press time.

Following the meeting Kidd emphasized how difficult the decision was with three impressive candidates.

“We believed any of these three would be able to move this District forward,” he said. “Even with all the budget cuts we have had to make over the past few years, this was the hardest decision, and probably the most important decision, this Board has had to make.”

Fellow Board member Debbie Gibson stated Cash should consider the two other applicants as an Assistant, based off the strength of their qualifications and interviews.

Cash, who has served in some capacity in the McCreary County School District since 1992, said he was grateful for the chance to continue working to bring change to the District.

“I am thankful to my family and friends for the support they have given me through this process,” he said. “And I want to express my gratitude to the Board for giving me the opportunity.”

“I hope we can continue to work on the changes we have made over the past seven months and move this District forward. I want us to be innovative and to continue to look ahead.”

“We have already made improvements to our facilities: now we continue to look at making an investment in the future of our students.”

Cash said he hopes to change the culture of the District.

Cash, a 20-year Veteran of the United States Army, holds a Masters Degree in Secondary Education, as well as a Rank 1 Principal/ Leader certificate and certificates for Superintendent, Instructional Supervisor and Director of Pupil Personnel.

The search for a new Superintendent officially began last May when Donnie Wright tendered his resignation, effective December 31, 2015.

Assistant Superintendent Aaron Anderson was initially named as Acting Superintendent, until Cash was designated for that position in July.

In November a Screening Committee was formed to winnow down the 18 original applicants for the position before narrowing the list of candidates to three.

Last week the committee fulfilled their duties by presenting their recommendations to the Board.