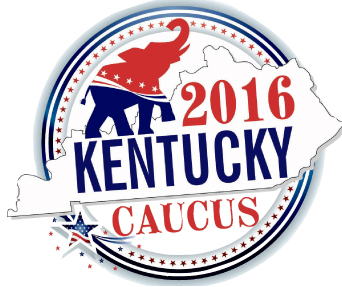 With less than a month remaining before the first-ever Kentucky Republican Caucus, McCreary County Republican voters are reminded that their voice can be heard when it comes to selecting the Republican candidate for President this fall.

On Saturday, March 5, the Republican Party of Kentucky will hold a Caucus to vote for a nominee for President.

The local Caucus will be held at McCreary County Middle School in Stearns from 10 a.m. until 4 p.m. Any voter who has registered as a Republican on or before December 31, 2015 will be eligible to participate.

Voters are reminded to bring identification with them to the Caucus.

Unlike Iowa, where voters spent several hours in their respective polling place, taking part in a marathon of speeches and debate, the Kentucky Caucus will be easier.

Instead of the traditional voting practice most citizens are used to, on Caucus day all Republicans are invited to visit the caucus location where they will be able to lean more about the 11 candidates appearing on the ballot. Some representatives from the candidates’ campaigns may also be present.

From there voters will be given a ballot and will choose their candidate in a secret vote.

“People can come and spend six hours if they want, or just ten minutes to come in and cast their vote,” McCreary County Caucus Chair Jessica Burke said.

Food and entertainment will be available throughout the day, and although only Republicans will be eligible to vote, everyone is invited to attend the event.

Rand Paul’s withdrawal from the race Tuesday means he will not be an active participant in the Caucus, but there is no mechanism to remove his name, or any other candidate who withdraws before the Caucus, from the ballot.

Those wishing to receive an absentee ballot may request one by contacting the state or local Republican party. An absentee ballot application form is available for download on the party’s website at http://rpk.org/caucus/.

The last day to request a absentee ballot is February 19, with March 4 the last day a completed ballot will be accepted.

At the end of the voting each candidate who receives at least five percent of the total vote will be given a pro rata portion of the state’s delegate votes for the Kentucky Republican Party in the Republican National Convention later this fall.

Kentucky Republicans will have 46 delegates out of 2,472 in the Convention, the 19th highest total. California, with 172 delegates has the most, while Territories Guam, American Samoa, Northern Marianas and the Virgin Islands will each have nine.

The apportion of delegates is mainly determined by the number of Senate and House seats from each state, but bonuses are awarded for electing Republican candidates in recent elections. Kentucky normally only has 41 delegates, but will receive 15 bonus for electing Governor Matt Bevin, Senator Rand Paul and Mitch McConnell as well as controlling the Kentucky Senate.

“This is a more interactive form of Democracy,” Burke said. “Voters will have the opportunity to come by the caucus site and talk with representatives from the various campaigns to learn more about the candidates. They can then make a more-informed decision on who they decide to support.”

The Caucus is organized and run by the Kentucky Republican Party, and will have no affiliation with County Clerk Eric Haynes’ Office.

The Caucus was initiated last year by Kentucky Republicans to allow Senator Rand Paul to run for President, while still being able to run for re-election for his United States Senate seat.

A Kentucky law prohibits candidates from appearing on a ballot for two different seats in the same election.

State Republican leaders also claim the Caucus will put Kentucky in a more prominent role in national politics by moving up the date of the vote.

“It is an exciting time for Kentucky Republicans,” Burke added. “In the past, with the Primary system, by the time we voted the candidates had pretty much already been decided.”

“The candidates will be in Kentucky leading up to the caucus and we can make a difference.”

The Caucus is organized and run by the Kentucky Republican Party, and will have no affiliation with County Clerk Eric Haynes’ Office.

Due to the caucus, Kentucky Republicans will not vote for a Presidential Candidate in the 2016 Primary Election on May 17, but will still be able to vote for other races, such as state Senator and State Representative.