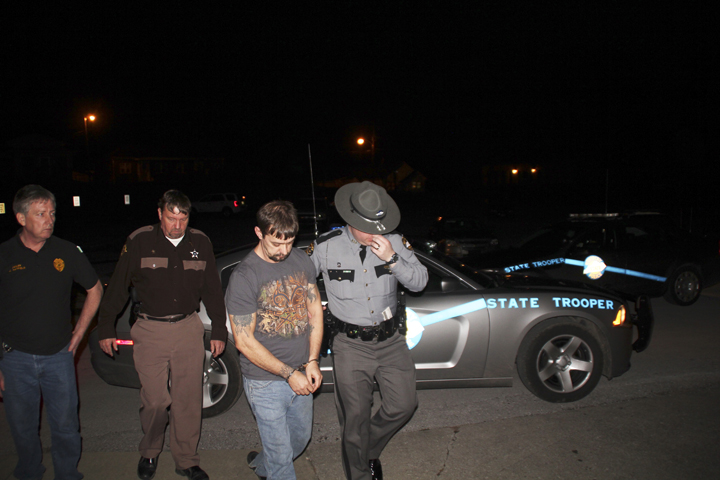 Carley D. Perry, Jr., was arrested Monday, and Steven Murphy on Tuesday after federal indictments against them were unsealed.

According to the indictment Perry is accused of taking part in a criminal conspiracy to distribute 50 grams or more of methamphetamine, as well as possessing a firearm after a previous conviction.

Sheriff Waters states additional indictments are pending against at least seven other individuals in the case over the next few weeks.

According to the indictment Scotty J. Watson, Joyce A. Watson (AKA Joyce Good) and Steven A. Green acted together and with others to distribute more than 500 grams of methamphetamine in McCreary County over the past year.

Perry and Murphy are accused of being part of the conspiracy

As previously reported the initial investigation began after a July traffic stop of a vehicle driven by Green where three ounces of meth were discovered.

In November Green was arrested again after agents from the Lake Cumberland Area Drug Task Force and ATF used a confidential informant to arrange a drug buy.

From that arrest agents learned Green was allegedly supplied with about a pound of meth from the Watsons.

In December a cooperating witness received more than 12 ounces of meth from the Watsons, which lead to a search warrant being obtained and their residence being searched.

Over 11 ounces of the drug were confiscated as a result of the raid, and the couple reportedly admitted that they regularly obtained large quantities of meth from a supplier in Georgia.

The conspiracy charges can carry sentences of up to 30 years federal imprisonment and up to $10,000,000 million in fines depending on any prior felony convictions.

Along with the possible jail sentences, the prosecution is seeking the forfeiture of several assets, including various handguns and rifles seized during the raids, nearly $15,000 in cash seized and $200,000 in judgment, which represents the approximate sum of money made by the defendants as a result of the illegal activity outlined in the indictment.