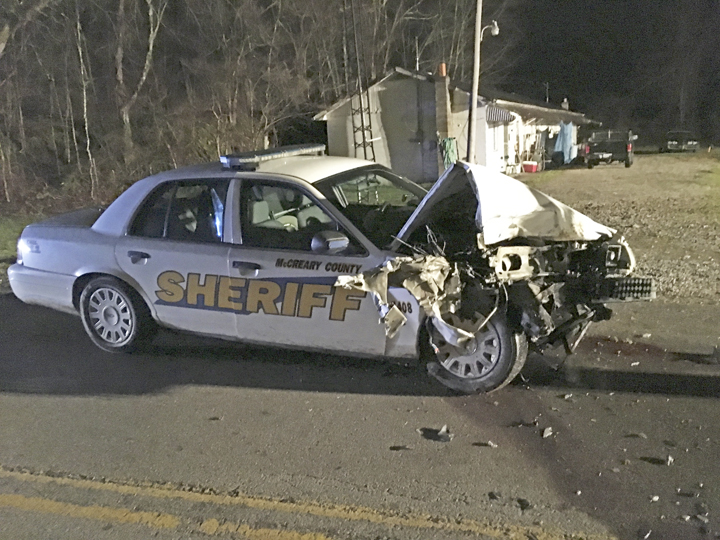 According to Kentucky State Police Trooper Craig Reed, Neal was on patrol around 4:00 a.m. when his cruiser was met head-on by a white Dodge Dakota pick-up truck traveling in the wrong lane on Strunk Highway, just south of Bobby Duncan’s Discount Store.

Deputy Neal, and an occupant of the truck, identified as Jessie West, were transported by McCreary County EMS for treatment of their injuries. Both victims were treated and released later that same day.

Trooper Reed stated there were possibly two other occupants of the truck who fled the scene following the accident.

The investigation into the accident is continuing.

McCreary County Sheriff Randy Waters said he was grateful that Deputy Neal’s injuries were not too serious.

“I am so thankful that Officer Neal was able to go home to his family following this accident,” Sheriff Waters said.