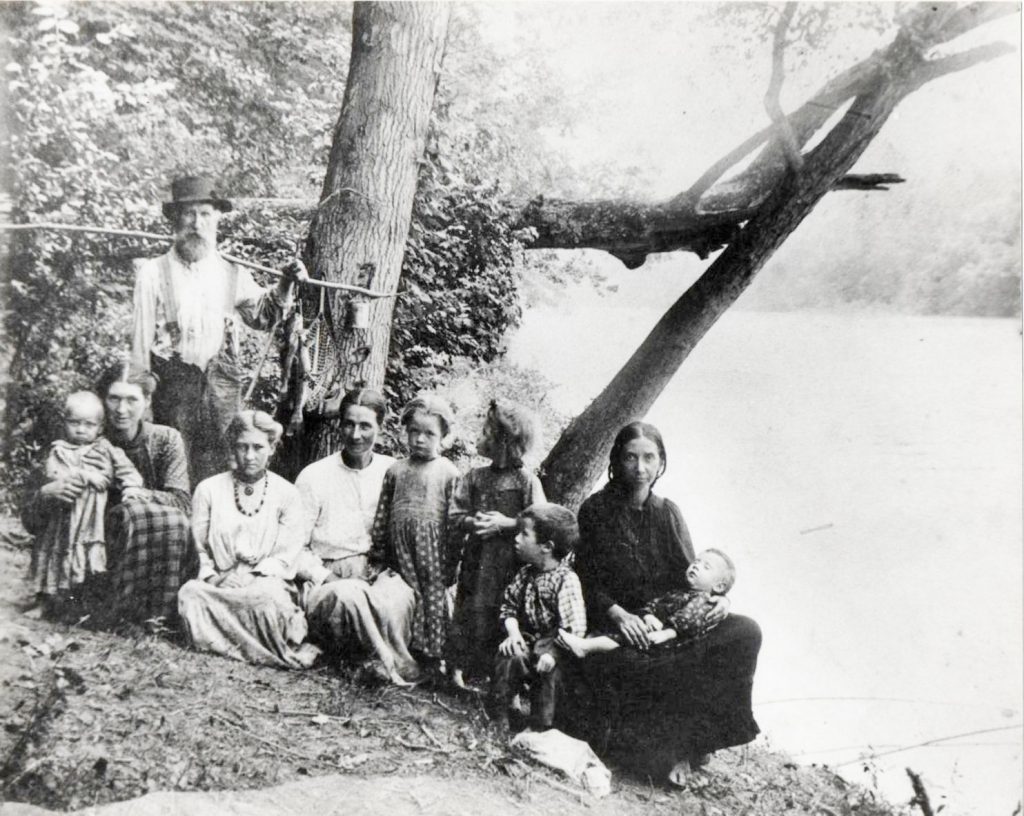 I received this picture 30 years ago from Eula Vanover.  She was generous in sharing information concerning the Hicks, Taylor, and Vanover families.

On the back, the picture is titled “Fishing at Mullberry”