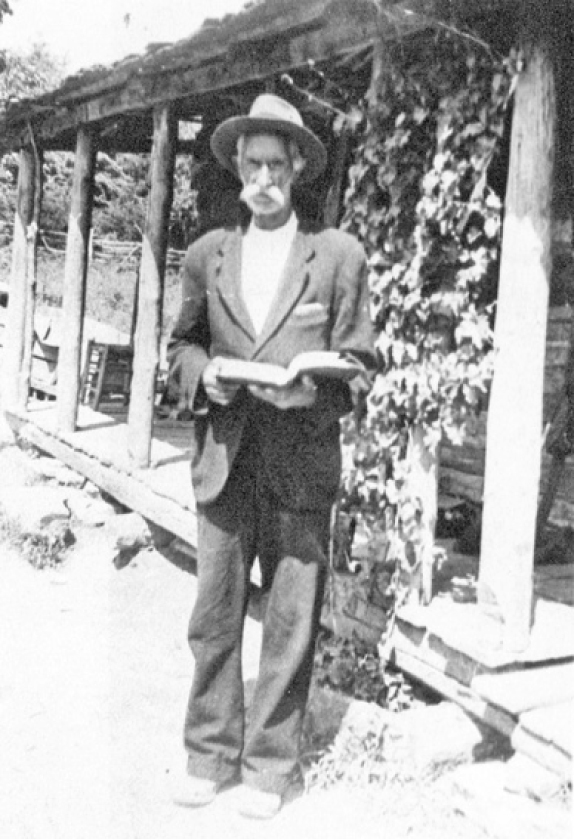 The man standing in front of his cabin (on Indian Creek near Honeybee) is Rev. John Henry Hicks (1868-1949).  John married twice, first to Malinda Perkins and then to Alice Taylor.  J.H. Hicks was as a minister of the Gospel, serving at the Indian Creek Baptist Church.  His father S.T. Hicks, brother William Hicks, and nephew J.S. Hicks were also well-known Baptist clergy.  Many of John and William’s descendents are still in McCreary County.