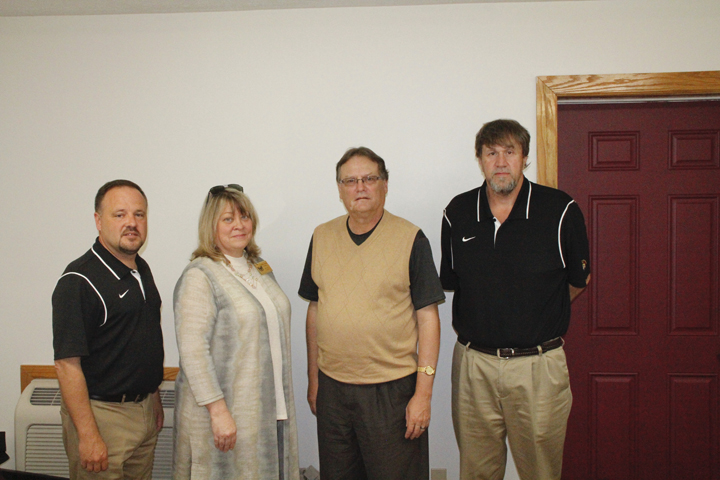 Jimmy Voight has been officially hired to take the reigns of the McCreary Central Raider basketball program.

Voight may be a familiar face to the Raiders as he coached the Pulaski County Maroons for the past two seasons to a 35-15 record, including a 47th District Championship in 2015.

He will be taking over a Raider squad that finished 8-16 last season, but says he is happy to have the opportunity to lead a team brimming with young talent.

“I’m excited about it,” he said Tuesday. “I am aware that there is a lot of talent in the upcoming junior class, and look forward to seeing what we can do together.”

Summer ball officially begins once school ends, and Voight says he plans to use that time to evaluate the players and get a feel for what can be done.

“We will have a better feel for what we have once the summer is over,” he said. “Once we are there, we will play to our strengths and do our best to be competitive and win games.”

Voight says he is familiar with the tough competition McCreary faces within the 48th District, and hopes to mold the team into one that can compete at that level.

“Obviously the District is very competitive,” he said. “Outside of Lexington or Louisville, we are in one of the toughest Districts in the state. Wayne County and Southwestern are consistently two of the top 20 programs in the state.

Voight has coached basketball at the high school and collegiate levels for nearly 33 years and has amassed 478 wins.

Superintendent Cash said the new Coach brings a lot to the table.

“Coach Voight has experience, wisdom and knowledge,” he said. “And he is all about the kids, which I feel is most important.”

“We are excited to welcome Coach Voight and to have the opportunity to keep our athletic programs moving forward.”

“We have taken a lot of positive steps over the past year with changes to our athletics and I am pleased with the direction we are heading.”

“In my mind we have made a great choice to lead Raider Basketball,” said Athletic Director Rob Jones, whom Voight is replacing at Head Coach. “Jimmy brings a lot to the table and has a lot to offer our kids.”

The Superintendent could not provide details behind the resignation, but did issue this statement:

“I received and accepted a letter of resignation from Coach Bozeman on May 19, 2016 at approximately 11:00 a.m.,” it read. “To clear up some misinformation, Coach Bozeman was not terminated or forced out by anyone in our District; Bozeman chose to resign on his own accord.”

“I have known Bozeman for more than 20 years, he is a great motivator, coach and friend. At the end of the day, this was his decision- his decision alone.”

“The McCreary County School District is actively seeking the best coach to help build and move our program forward.  We are very hopeful to have a Head Football Coach in place within the next week.”

Bozeman, who had previously led the Raiders from 2000-2002 and compiled a 5-25 record over those three seasons returned to McCreary to coach the squad last year and finished with a 2-8 record.