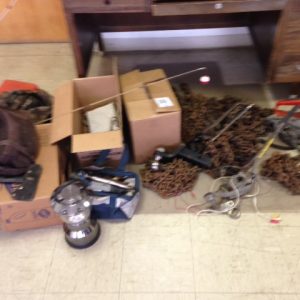 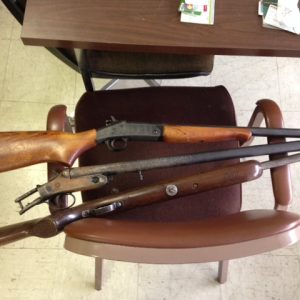 McCreary County Sheriff’s Department Deputies Sergeant Jerry Meadows and Odell Smith uncovered what appears to be a large-scale smash-and-grab theft ring over the weekend that could extend as far north as Lincoln County.

Over this past few weeks several vehicles parked near Cumberland Falls and Noe’s Dock had been reported broken in to, with items stolen from the vehicles. As the officers investigated the individual acts of vandalism and thefts, details started to emerge that possibly linked them together and the investigation grew in scope.

As the officers began to compare notes and interview victims in the cases, the combined information allowed them to obtain a possible description of the vehicle used in some of the thefts.

While on patrol Monday night Deputy Smith spotted to the vehicle along with several suspects. The suspects fled before the Deputy could make an arrest, but the vehicle was left behind and was impounded.

Tuesday afternoon, Sgt. Meadows obtained a search warrant for the vehicle, allowing the officers to open it and recover some stolen items and look for further evidence.

Inside the vehicle officers discovered over 75 credit cards, drivers licenses and personal identification cards, along with several stolen items, such as weapons, radios and electronic equipment.

The truck itself was reported stolen from another county, and the license plates were false as well stolen off another vehicle.

Information gathered Tuesday allowed the officers to obtain additional search warrants on at least two residences, which were executed that evening, with additional evidence recovered.

The officers have identified multiple suspects in the case, and are currently seeking those individuals for further investigation.

Arrests and criminal charges are pending.