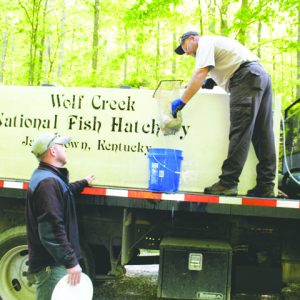 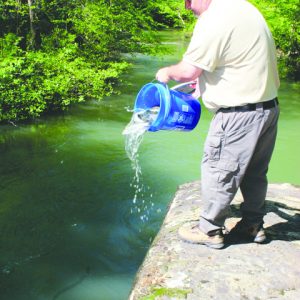 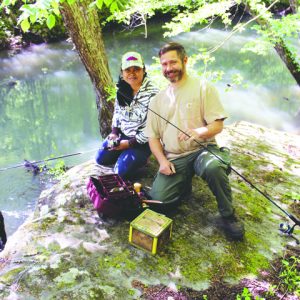 The Kentucky Department of Fish and Wildlife Resources (KDFWR) continues its annual stocking of rainbow trout in Rock Creek.  The Department recently released 2,400 trout into the cool, flowing waters of this premiere trout stream.  Stocking is scheduled again in June, and after a break due to the summer heat, will resume in the fall.  Until October 1, all of Rock Creek from White Oak Junction to the Tennessee line is open for trout fishing with proper fishing license and trout stamp and an eight trout limit.  Any trout caught with a regular license without a trout stamp must be immediately released.  From October 1 until March 31, from Bell Farm Bridge upstream to the Tennessee state line, all trout caught must be immediately released and only artificial baits used during that period of time.

Those fishing are reminded not to litter and to “pack it in, pack it out.”  Don’t forget and leave corn cans, worm cups, and other litter behind.