The first day of summer vacation turned tragic for a local family as an 11-year-old boy drowned while swimming in the South Fork of the Cumberland River Monday afternoon. 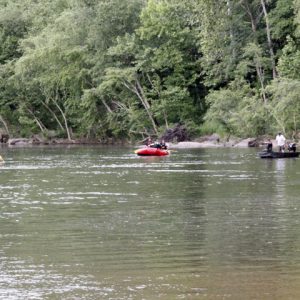 Photos by Greg Bird Crews search the river near Worley in hopes of finding a young man who went under the water Monday afternoon after swimming with family. 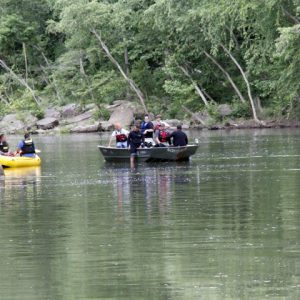 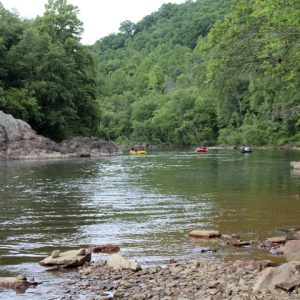 The victim, identified as Kaden Allen, of Parkers Lake, was reportedly swimming with family members in the river, near the end of Worley Road, when he apparently got caught up in a strong current and swept away, and eventually under the water.

The body was discovered Tuesday morning, around 10:45 a.m.

Rains over the past weekend may have contributed to the tragedy, as water levels were up, and deep currents abound in the rocky areas in the river. Portions of the river can drop off to as deep as 20 feet. Visibility was also hindered as sediment clouded the water.

U.S. Park Service Ranger Christopher Derman told media Allen reportedly was not a strong swimmer and possibly went farther out than he intended and got caught up in a current.

The initial call to McCreary County 911 came in at 5:03 p.m. Monday afternoon after the young boy was reportedly swept away from other swimmers due to a strong undercurrent.

Emergency crews arrived on scene and scoured the area up and down the river banks in case the boy had managed to make it to shore.

Swift water rescue operations were initiated by members of the McCreary County Rescue Squad and both Whitley City and Pine Knot Fire Departments, with assistance from McCreary County EMS.

Additional Park Service crews joined in the search that afternoon as boats swept the river for any signs of the missing victim.

That evening the search was suspended due to darkness, but resumed Tuesday morning as dive teams arrived on scene to join the search.

The NPS issued a brief release Tuesday afternoon, thanking all agencies for their help during the search and recovery.