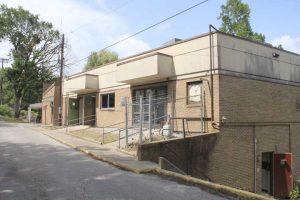 Stating he was “disgusted” with the costs involved with transporting and housing prisoners in other counties, McCreary County Magistrate Jason Mann decided to take matters in to his own hands and has arranged for a meeting with Department of Corrections officials at the old McCreary County Jail this week to get a definitive list of what repairs need to be made in order to re-open the facility.

Magistrate Mann informed the Fiscal Court Thursday night that he had contacted Governor Matt Bevin regarding the issue, and was in turn put in contact with DOC Commissioner Rodney Ballard.

The Commissioner informed the Magistrate that he and his staff would pay a visit to the old facility this week to see what, if anything, could be done to return operations back to somewhat normal.

Mann stated the Commissioner told him he would tour the old jail and “write down everything it will take to get (the jail) open.”

“He will tell us what it takes, and it will be up to us, if we can afford it,” Mann said.

“If we don’t do something, it will bankrupt this county,” he added.

This isn’t the first time County officials met with state officials concerning the possible repairs on the jail, which was officially closed in January 2013.

Last year representatives from the Kentucky Department of Corrections and the State Fire Marshal’s Office toured the facility to get an idea of what could be done to salvage at least part of the building to use to house prisoners locally.

The Fire Marshal noted several items he found with his brief inspection that wouldn’t pass inspection if the jail were to be opened.

Things such as the sprinkler system and separation between the boiler and pipes raised immediate concern. Also, a smoke evacuation system is not up to code. It was noted that Bell County recently installed such a system at a cost of about $1 million.

The Department of Corrections officials also had made several notes about issues found, and promised to put together a presentation to give to the DOC Commissioner to see if would be possible to consider granting the County permission to repair the facility in hopes of opening it to prisoners once again.

Typically, if a facility has been closed for more than two years, it would have to be brought up completely to modern standards before it would even be considered feasible to be opened again.

But, since the County has been in contact with the DOC since the closure, and has taken some steps to correct the problems in the building, there could be a remote chance that the waiver the facility had been operating under, could be extended to re-open under older standards.

But even if the County was granted such a waiver, there are still several electrical and plumbing issues that would need to be addressed, and those may be insurmountable.

An architect would have to be retained to develop a plan for needed repairs, and that cost alone could be more than the county finances could handle.

The repairs, also, could prove costly – even with County employees doing as much as possible.

County Attorney Conley Chaney also noted he would like the Commissioner to examine the three cells inside the courthouse to determine if the County could utilize them has temporary holding cells until if or when the jail re-opens.

Chaney stated he had examined the regulations regarding the physical specifications of what constitutes a jail, and noted the cells, two downstairs and one upstairs, could be considered a holding cell, thus allowing for a hold of up to 30-hours. If that were possible, and the Administrative Office of the Courts, which leases the cells from the County, would allow for local use of the room, it could save a lot of money in the long-term.

If that were possible, and if the DOC would allow the County to “book” the prisoner in the holding cell, it would allow for Pre-Trial Services to possibly set bond locally – allowing families to post the bond without having to travel to another county.

“If we can hold them for up to 24-hours, that would be a game changer,” Chaney said.

The Commissioner was expected at the Jail Thursday morning.