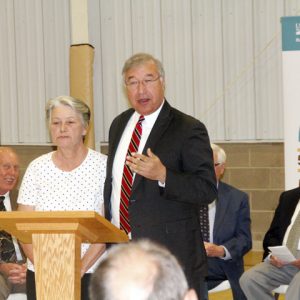 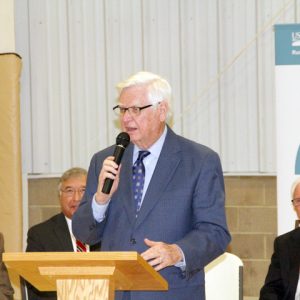 Photo by Greg Bird Congressman Rogers spoke of the benefits of the federally-funded low-interest loan programs. 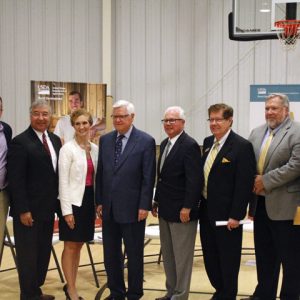 “Thanks to USDA’s low-interest loan programs, the dream of owning or repairing a home can be a reality for even our very low-income families,” said Congressman Rogers. “In Kentucky alone, the USDA’s single-family housing direct loan programs have assisted more than 1,900 families with more than $103 million since 2013.”

According to the USDA, Kentucky has the sixth highest number of families in the country who have participated in USDA low-interest loan programs for housing over the last three years. During the same time period, the Commonwealth ranks number one for homeowners who have utilized Section 504 loans to help repair their homes.

“Homeownership is the first step to the American dream,” said Tony Hernandez. “This year our theme is ‘Building Communities Together’ and here in Kentucky, we have a tremendous number of partners to help us build success.”

“She bought that home with her husband before he passed on and she didn’t want to leave her home, so we helped make it safe for her and her family,” said Tom Manning-Beavin, President of Southern Tier Housing Corporation. “We are pleased that she trusted us to help rehabilitate her home.”

As Chairman of the House Appropriations Committee, Rogers is already working on funding for USDA’s rural housing programs in the fiscal year 2017 House Agriculture Appropriations Bill. The legislation includes $30 million in Mutual and Self-Help Housing, $26.2 million for Section 504 Housing Repair Loans, and $1 billion for Section 502 Direct Loans. The 502 loan funding reflects an increase of $100 million above the President’s request to meet increased demand for those loans in rural regions.