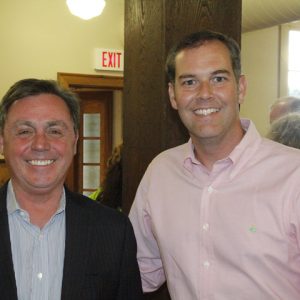 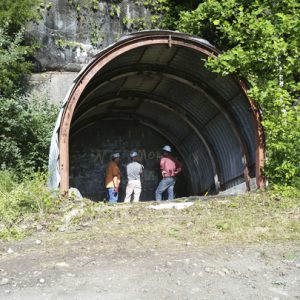 Photo Submitted Crowder said Mine Safety and Health Administration officials were very helpful throughout the process of getting the mine opened. 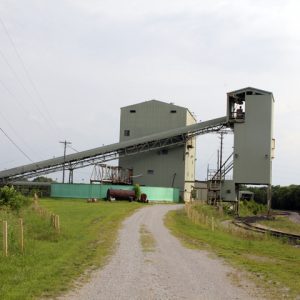 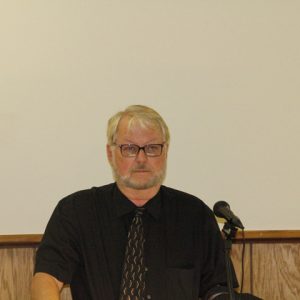 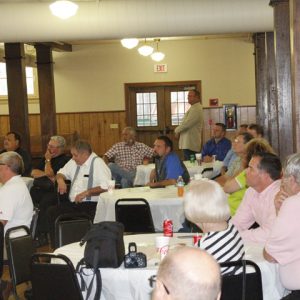 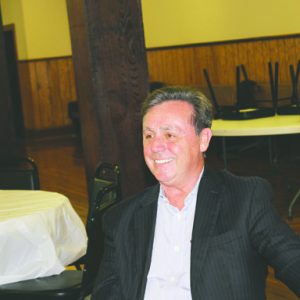 Wednesday evening a major announcement was made in front of a gathering of local business leaders that could bring about a significant change for McCreary County.

Robert Crowder, co-owner of Stearns Energy, announced to the assembled group that the mines would be reopened as early as next year, ultimately bringing 80 to 100 jobs to the community.

“Stearns Energy will be opening the Stearns mine number 2 seam for production in the first or second quarter of next year,” Crowder announced to a round of applause.

Crowder’s next statement brought an even larger ovation:

That announcement set the room buzzing with excitement.

While the exact timeline of operations is still being developed, Crowder and his partner Dale Murray, stated work on the site will begin in a few weeks, and the first coal is expected to be mined by March or April.

Crowder stated he expected to employ between 80 to 100 people once operations were in full swing.

Most of McCreary County’s 104-year history has been defined by two industries: timber and coal.

About 30 years ago, when the last of the mines closed, much of that tradition disappeared and became history – sending the county in to a downward economic spiral.

Wednesday’s announcement could start an upward turn as not only much-needed jobs will be added to the community, but also increased tax revenues from both local and state avenues.

Crowder, a Crossville native, emphasized how much the rich cultural history of Stearns played a part in the decision to pursue the mine – so much so that the company name, Stearns Energy, was chosen to reflect that.

“We are aware of the rich history of this area and we are excited to be a part of it,” he said.

He added Stearns Energy wants to become part of the community, and help foster further growth.

“We hope to be a good generator of jobs, but also we will be a good corporate citizen and be here to help if you need us.”

Crowder explained the No. 2 seam was virtually untouched during the heyday of Blue Diamond’s operations before they closed in 1988, leaving behind a thick seam of easily mined coal that is unparalleled in the region.

“There is no other mine in Eastern Kentucky with that thick a seam,” Crowder explained. “It is unfathomable that that seam has been untouched for so long.”

With changes in EPA regulations requiring scrubbers installed in all coal-burning power plants, the No. 2 seam became “economically viable” to mine, Crowder explained.

Crowder closed his remarks by expressing his thanks to McCreary County PVA Bruce Lominac, Deputy PVA Joni Carson and Sheriff Randy Waters for their efforts to help drive the deal forward.

“A couple of times over the past 14 months when it looked bleak trying to find a buyer, his (Lominac’s) enthusiasm never waivered,” he said. “You should be proud of your public servants.”

“Randy (Sheriff Waters) was there whenever we needed something, and his knowledge and experience were invaluable.”

Opening the floor to questions, Crowder and Murray provided further details about the planned operations.

Noting that the contracts have been signed and permits in place, work is expected to begin within the next few weeks as the site is prepared, the plant is re-tooled and the shaft to the coal seam is completed.

He added he hoped to hire as many local workers as possible at the mine, noting the vast wealth of knowledge and experience about the mines in McCreary County was something that would only benefit the young operation.

The hardest part throughout the whole process, Crowder explained, was not jumping through government regulations or obtaining permits, but finding a buyer for the coal.

After more than a year of discussions and negotiations with several companies, a deal was finally reached that allowed the operation to move forward.

Not willing to disclose the buyer or value of the deal, Crowder confirmed that the initial contract is for a four-year period, and the coal will be transported off site by rail.

Over the next few months Stearns Energy will announce a website where people interested in working for the company can visit and apply for a job.

McCreary County PVA Bruce Lominac urged those wishing to apply to not go to the job site, as it could cause safety issues, but to wait for the announcement.

See those that helped the process “Helping Hand”