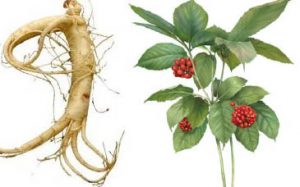 At least for this year, there will be less available territory in McCreary County for digging ginseng as officials for the Daniel Boone National Forest (DBNF) have announced a suspension of “senging” within the federally owned DBNF.

According to officials, the suspension on issuance of ginseng permits during the 2016 season is being done as part of an effort to increase wild ginseng populations in the DBNF.   Removing any wild ginseng plant or its parts (including seeds) from national forest land without a permit is considered theft.  Penalties for plant poaching may include a fine of up to $5,000 or a 6-month sentence in federal prison, or both.

“The suspension on permits is in place so we can collect better information concerning an apparent decline of ginseng in the Forest,” Tim Reed, District Ranger for the DBNF Stearns Ranger District, remarked.

“Our objective is to ensure the sustainability of the species for future generations,” Reed continued.  “We believe that it’s important that we act now to conserve this region’s wild ginseng population.”

Wild ginseng populations are vanishing in southern Appalachia primarily due to illegal harvest, which includes taking ginseng out of season, taking beyond set limits, taking immature plants, and taking mature plants without reseeding for future growth.

In the DBNF, biologists and other field personnel have noticed a drop in the number of wild ginseng populations.  Longtime collectors have also reported the disappearance of ginseng in areas where it once occurred and provide harvestable populations.

In order to increase wild ginseng in the DBNF, a period of non-harvest is needed to increase the number of ginseng plants in the forest.  Ginseng collectors and dealers are urged to help protect wild ginseng by following all state and federal regulations.

Although the Forest Service has suspended ginseng harvesting within the DBNF, the suspension does not apply to harvesting on private land.  However, the collection of ginseng from both Kentucky state and private land is subject to regulations under KRS 246.650 and 302 KAR 45:010.  The Kentucky Department of Agriculture can provide additional information.

Writer acknowledges use of http://www.fs.usda.gov/dbnf.