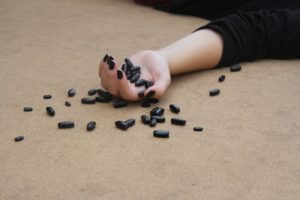 International Overdose Awareness Day, a global event that aims to raise awareness that overdose death is preventable. Goals include providing awareness regarding the risk for overdose, providing information on community services, and preventing and reducing drug-related harm by supporting evidence-based policy and practice (http://www.overdoseday.com).

In 2015, the Drug Enforcement Administration and CDC released alerts identifying illicitly manufactured fentanyl as a threat to public health and safety (1,2). Although fentanyl is available as a prescription medication for treating severe pain, including cancer-related pain, the current epidemic of synthetic opioid–involved overdose deaths largely involves illicitly manufactured fentanyl that is mixed with or sold as heroin (1,3).

In contrast to the 2005–2007 fentanyl overdose outbreak, when deaths were confined to several states, the current epidemic is unprecedented in scope and, as described in a report in this issue of MMWR, multiple states in several regions of the United States are reporting substantial increases in fatal synthetic opioid–involved overdoses, primarily driven by fentanyl-involved overdose deaths. Further information and data about fentanyl from CDC are available at http://www.cdc.gov/drugoverdose/opioids/fentanyl.html.