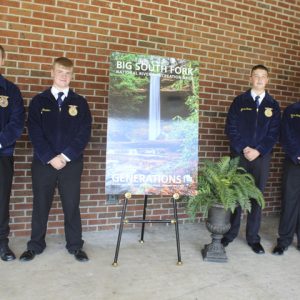 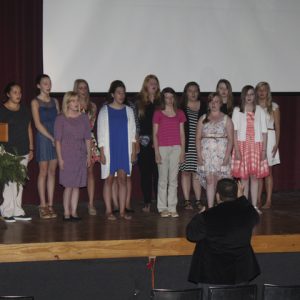 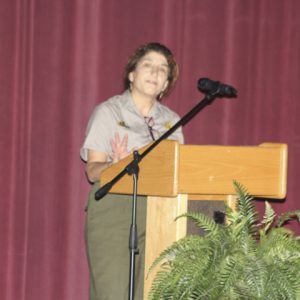 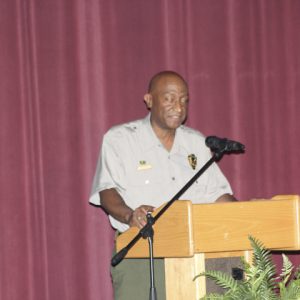 With members of the McCreary Central High School Future Farmers of America welcoming guests and serving freshly popped popcorn and lemonade, visitors to the Kentucky premiere of “Generations,” a fifteen minute, G rated film featuring the beauty of the Big South Fork National River and Recreation Area (BSFNRRA), were able to walk the red carpet and watch as breathtaking bits of the local area blossomed on screen.  Produced by Silver Fir Media, the film captures the essence of the local heritage and beauty of the surrounding hills, hollows, rivers, and gorges.

Following the presentation of colors and singing of the national anthem by the McCreary Central High School JROTC and Choir, Park Superintendent Niki Stephanie Nicholas and Southeast Regional Director of the National Park Service Stan Austin addressed the crowd.