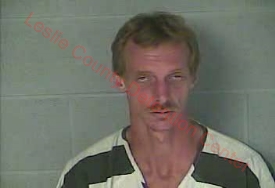 A McCreary County inmate is facing additional charges after assaulting another inmate and breaking his jaw, while incarcerated at the Leslie County Detention Center last week.

County Attorney Conley Chaney informed the Fiscal Court of the incident during their September meeting Thursday night as part of a larger discussion over jail issues.

According to Leslie County Jailer Danny Clark, Manual Bryant, 32, of Whitley City, and another inmate, identified as Jeremy Carr, 30, of Prestonsburg, will face charges of Assault 2nd Degree after the attack that was “completely unprovoked,” and appeared to have no motive.

The unidentified injured inmate suffered a broken jaw in the assault, but was released from medical care that next day, and was also released from custody that same day on a court order.

Jailer Clark stated Bryant “sucker punched” the other inmate, breaking his jaw only a few minutes after he was booked in the facility.

“There is clear video evidence, and guards who witnessed it,” Clark said. “The guards immediately went in to break up the altercation and get medical treatment for the injured inmate.”

Clark said he interviewed Bryant regarding his motives for the attack, and the inmate claimed the inmate was making threats against him.

The Jailer stated he did not believe the story, and after reviewing the security camera footage he noted he saw no evidence of the two men interacting before the incident occurred.

“I have never seen anything like this before,” Clark said. “We have had fights before, but this was something new to us.”

During the Fiscal Court meeting Chaney was asked if McCreary County would be liable for the medical bills, since the inmate was a county prisoner.

Chaney did not know the answer, but Friday morning Clark said medical insurance would likely cover the majority of the cost.

The discussion of the incident came about after Chaney informed the Fiscal Court of a new Court order that would require McCreary County Transport Officers to transport prisoners back to McCreary County after they are released from custody after a Court appearance.

Chaney said the order required the transport officers to wait until the prisoner is discharged and bring them back to the Sheriff’s Office where they would be released.

Prior to the order, if an inmate were to be released after a Court appearance, they would still have to be transported back to the Leslie County facility to be processed out. After that they would be set free – 97 miles from home.

Chaney said there would be additional costs to the County in extra time for the transport officers, but the goodwill between the County and Leslie County would be invaluable.

Other jail-related discussion Chaney asked the Fiscal Court to approve a proposal from the Leslie County Jailer that could reduce time in jail for certain inmates who meet certain qualifications and perform extra duties while housed in the facility.

Under the plan an inmate incarcerated on a misdemeanor charge could earn time-served credit for performing work at the facility, or earning their GED or career readiness certificate while in the Leslie County Jail.

Chaney said the proposal could save the county money by shortening the time some inmates would spend in jail.