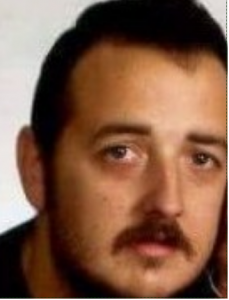 McCreary County Sheriff Randy Waters confirmed that the body of Gurnie Lee Watson was recovered from Big Creek last Wednesday night, ending a nearly six-month missing persons case, but beginning a new investigation as to how the 30-year old ended up in the water while in his car.

MCSO Chief Deputy Tom Smith said that a pair of fishermen were in the area of Big Creek Board Dock Road around 7 p.m. last Wednesday evening when they spotted what appeared to be a car just below the surface of the water a few feet from the shoreline.

Emergency personnel responded to the scene and quickly discovered a body inside the submerged vehicle and began operations to extract the car from the water.

The body, vehicle and its contents were all taken to the State Medical Examiner’s Office in Frankfort for an autopsy and investigation.

The identification of the body was difficult due to its condition after being submerged for possibly up to six months, but identification cards, personal effects and the vehicle registration led officers to determine that it was, in fact, Watson.

Chief Deputy Tom Smith stated that area had been subject to at least two searches using sonar since Watson’s disappearance, but no definitive evidence was found that indicated a submerged vehicle. The water level had dropped between 25 and 30 feet since March, Smith added.

How Watson ended up in Big Creek remains a mystery at this time. Though Watson was reported to be possibly suicidal at the time the missing persons report was filed on March 19 by members of his family, there is simply not enough evidence at this time to pinpoint what actually happened: suicide, accident or foul play.

All possibilities are being considered, Police say.

“This is still an open case,” Deputy Smith commented. “We are waiting for results of the autopsy and forensic investigation to determine the cause of death. All the information we have at this time is inconclusive.”