With the release of the Unbridled Learning School Report Cards last week, some schools showed significant gains, while other suffered losses.

While the numbers can be confusing, as several factors go in to each individual school’s overall total, the principals at all five schools share a common goal – to give the best education possible.

We spoke to those principals to get their reactions to the report cards, and to see what they are doing moving forward to help drive their schools and the District toward the target of being called  “Distinguished.” 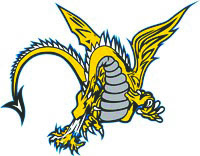 While Pine Knot Intermediate saw the largest drop in overall scores, falling 15.6 points from last year, the school still performs at or above state averages.

The high marks, as PIK obtained last year, are hard to maintain, as the target goals set by the state become harder and harder to reach.

Principal Rebecca Blakely said, despite the outward appearance of lower scores, the school is still showing great progress and the focus is on making adjustments where needed to regain the lost points and get back among the upper ranking again.

“Every year our students show growth in reading and math,” Blakely said. “The problem was this year we didn’t show enough growth.”

“We track our students in all content areas and continue to give them all the assistance they need to help them where they need it.”

One element that went into the overall score for the school was student growth, which continues to exceed state levels, with 63.3 percent of students meeting typical or high annual growth over two years when compared to scores of their peers. The state overall average was at 60 percent.

Blakely said despite the less than stellar report card this year Pine Knot Intermediate is still a top-performing school.

“On the outside looking in, it looks bad.” she admitted. “But we are very proud of our students and staff. We are still working hard, and hopefully we will see those scores go up next year.”

Of all the schools in the District, McCreary Central High School has the most factors that determine their overall scores for the report card. In addition to scores in six different content areas, growth and gap reduction, the school is also graded on college and career readiness and graduation rate, making gains harder to achieve.

The main focus of the assessment program is to have all students test at a proficient or distinguished level, but to do that a school must reduce the number of students testing at novice or apprentice levels.

The high school earned the Distinguished label this year, and was just .6 points away from being a “School of Distinction” for the first time.

Sharon Privett, Principal at MCHS, said the whole school was thrilled to hear the news, but already the focus has shifted to the new year, and new goals have been set to continue improving.

Privett said the focus has been to reduce those lower numbers for the past couple of years.

“Our novice scores were really negating our proficient scores,” she said. “Our novice reduction was very strong, because that is what we focused on last year. In every single content area we saw a reduction in novice scores, and that was a big part of our increase.”

The only aspect of the overall assessment where the school failed to meet it’s target was in graduation rate. Privett said that is a hard goal to hit, but she remains optimistic that changes in state law will help bridge that gap.

“Our graduation rate was so high (92.4 percent) it’s hard to hit the target,” she said. “But this year’s rate will be the first one since the state raised the drop-out age to 18, so I believe we will see some growth.”

Privett attributes a change in overall culture at McCreary Central over the past few years to the school’s success.

“I am very proud of everyone, our staff and students, and it’s nice to be recognized as distinguished, but what we really want is for our kids to be prepared when they leave here,” she said.

“I think that our culture and climate has shifted, and become a real student-centered school. Our feedback tells us that our students feel safe here and like coming here.”

As the new school year is under way, Privett said she hopes to continue not only to keep scores improving, but to keep doing the right things for the students.

“A lot of the changes we have made have not been because of the assessment, they have been made because it is the right thing for the kids,” she said. 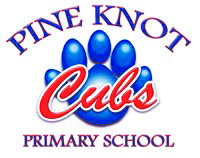 Another highlight of the report was Pine Knot Primary not only becoming a Distinguished school, but also earning the School of Distinction honors, placing it within the top 25 percent of elementary schools in the state.

Principal Stuart Shepherd credits his school’s progress to a concerted effort over the past several years to become more focused on individual student needs, and designing improvement plans for each student, based on a myriad of data points.

“We put together a plan, executed over the past five years, and got stronger as we went along.” he said.

“I give credit to my whole staff and students who have really bought in to what we are trying to accomplish and that has made all the difference.”

Shepherd noted the staff went through specialized training from the University of Louisville, and imparted a new system incorporating behavior aspects in to the RTI process.

“The slogan for this year is we are a data driven Bear Cub,” Shepherd said. “Where ever that child scores on his maps, we place them in their ability group.”

“We look at where the students are missing areas that they need to be at their grade levels or above, and place them in peer groups so they can all benefit from instruction.”

The focus is on giving individual attention to each student. New programs have been put in place to allow for greater range of data for students for better evaluation and placement.

That has paid off with the improved scores this year.

“We knew where every child stood, and we moved a large percentage of novice students up to proficient or distinguished,” Shepherd said. “We found where the novice were at, and placed them within their ability group and working with them to bring them up to proficient.”

“The biggest thing now is to sustain the score.”

That process started before school began when staff examined previous years’ maps data and placed students according to their needs. The numbers were re-evaluated after first two weeks and changes made where needed.”

Shepherd said the whole school has welcomed the changes and improved attitude, which helps prepare the students for the end of year testing.

“Testing week is huge in this school,” he said. “We want them to know that learning can be fun.”

“It’s not just about the score, but we want to make these kids proficient in reading, because that is so important for other content areas as they progress.”

McCreary Middle’s scores dropped 2.7 points from the previous year, and is considered a “needs improvement” school, but Interim Principal Rick Kenney has already started plans to bring the scores back up.

From his first day at the school, less than a month ago, Kenney and his staff have been pouring over the report card, and soon will do the same with data from the most recent MAPS testing to pinpoint which students need help and making those changes.

“We noticed a lot of kids scores dropped from the previous year,” he said.

Kenney stated there can be a lot of factors that can influence the kids during testing time. He noted a problem with the air conditioning in the school during the test last year, which made it uncomfortable for the students in the gym taking the exams.

He also said apathy can play a role, especially among the pre-teen populations at middle schools.

The school is also implementing new RTI programs, designed to better and more timely data that can show where a student needs extra assistance, and give them that help as soon as possible.

To help improve the attitude in the school, Kenney said he is looking at increasing student participation in the classrooms and school overall: things such as installing a student government, more interaction within classes and rewards for good scores.

He has also installed a new mantra for the school: “Failure is not an option.”

He hopes that message will impart a positive attitude in both the students and teachers to strive for success.

Kenney said MCMS has great tools to work with, namely the teaching staff.

“I’ve been watching them since I got here and have been amazed how hard they work,” Kenney said. “We have a great group of teachers who go above and beyond.”

“My job is to give them the resources and direction.”

“We saw a lot of growth at all grade levels,” Jones said. “We were just three students away from being a Proficient school, so we are looking at reducing our novice levels.”

Jones said the scores were not pleasant to look at, but a closer examination showed progress nonetheless.

“We were disappointed in it, obviously,” Jones said. “But when we looked at the scores, we saw very good improvements in the fourth, fifth and sixth grades, so we know where we need to target.”

“Those grade levels have extra systems for reading and math, which will give us more accurate feedback on what areas each student needs to get help with. Plus, this year we have updated textbooks, which gives us more current resources to work with.”