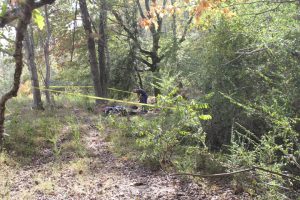 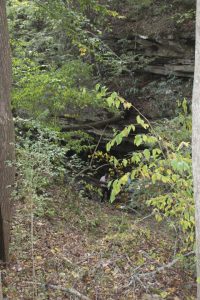 Officials have released the name of the man killed as a result of an apparent fall as that of Herman Stephens, 39.

While the investigation is still ongoing, Corder stated the preliminary cause of death appears to be blunt force trauma, consistent with a fall from a high place. Stephens’ body was found at the base of a 40-foot cliff.

There are still many questions regarding the circumstances that led to the apparent fall. Police are still trying to piece together evidence to pin point a time of the accident, as Stephens’ body may have been laying at the base of the cliff for several days before it was discovered.

Corder said the injuries sustained in the fall, particularly to the victim’s legs, most likely caused internal bleeding, which contributed to the death. The body was found in a state of undress and authorities speculate Stephens may have survived the initial fall and attempted to disrobe to examine his wounds.

The incident first came to light when the McCreary County Sheriff’s Office responded to the scene around 2:00 Sunday afternoon after a farmhand spotted the body in a dry creek bed.

The farm hand, Bill Vaughn, stated he was looking for his employer’s cattle, which had been reported wandering loose at the time, when he spotted a motorbike on its side near a cliff. As he looked closer he saw other items scattered about toward the base of the 40’ cliff and next noticed the body.

The bike and other items were from a barn building belonging to a nearby neighbor, and may have been stolen recently, but police have not yet positively linked the two events.

Kentucky State Police Trooper Billy Correll took over the death investigation and began the difficult task of trying to piece together the events leading up to the fall.

Police are still waiting for forensic autopsy and toxicology screening results to be completed.

Correll stated the preliminary investigation points to Stephens accidently falling from the cliff some time last week – sustaining fractures to his legs and eventually succumbing to his injuries.