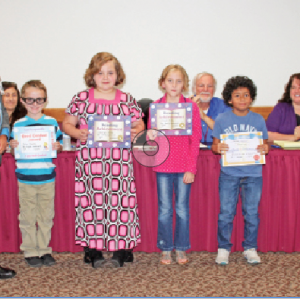 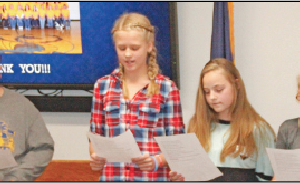 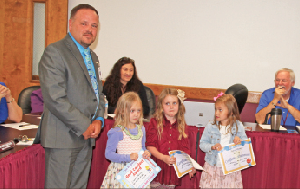 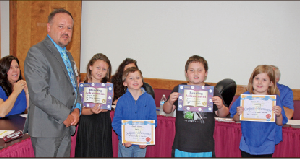 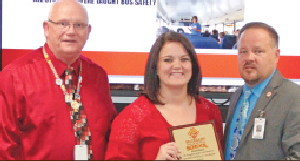 Katelyn Goins was recognized as McCreary Middle’s Teacher of the Month. 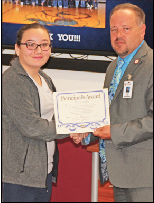 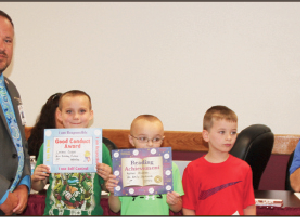 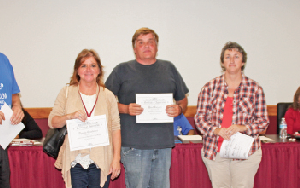 The seemingly annual addition of school days at the end of the traditional school year due to extreme weather forcing cancellations may be at an end after the McCreary County School District has been approved to start a new program designed to provide instruction even on days when classes are cancelled.

The NTI Days program will allow school districts to conduct classes during weather closures over the winter, thus eliminating the possibility of having to extend the school calendar at the end of the year.

In a press release issued Friday, Superintendent Cash noted Kentucky Revised Statute 158.070 (9) allows for districts who miss an excessive number of school days due to weather or other emergencies can apply for participation in the program and have up to 10 NTI days throughout the school year.

Cash said the goal is not to replace traditional learning with alternate educational options, but rather to ensure students do not regress from their education in the event of lengthy absences due to weather.

“It is the intention in McCreary County Schools to ensure that student learning and achievement remain a top priority, even when schools are not in session,” Cash said. “We know, however, that the best learning occurs in the classroom with the teacher. We will enact these days only in the case of excessive days missed or predicted to be missed.”

Students will be given an NTI Day packet to bring home some time over the next two months, which will contain 10 assignments and detailed information on how they are to be used.

When the District experiences closures of two days or more, parents will receive an email or call from the District to inform them the day will be used as an NTI day. They will be told which lesson to complete for the day.

Students will have to return the completed assignments within the first two days of classes resuming to be considered “present” for the NTI day. The District, as a whole, must have 86 percent participation for the day to be counted. If that goal is not met, a day will have to be added to the calendar at the end of the school year

Additionally, teachers will be available via phone or email from 10:00 a.m. to 2:00 p.m. on NTI Days to answer questions and provide assistance.

During Monday’s Board of Education meeting the majority of the session was occupied by presentations from principals honoring students and staff, as well as informing the Board of activities and programs ongoing in the schools.

Items approved by consent included a memorandum of agreement between the District and Western Kentucky University, creating 8 student tutors, changing a Guidance Counselor position to a Behavioral Interventionist position and declaring four items as surplus.

The only item presented in discussion was concerning entering an agreement with MRR Law Legal Services.

It was explained the firm was established by an attorney specializing in Special Education law, who had recently retired from the Kentucky School Board Association, where she had provided the service previously as part of District’s membership benefits.

Board member Roxanne Shook questioned the need in entering into the agreement with a private firm, when the Board Attorney, Tim Crawford, had knowledge in that field.

Superintendant Mike Cash explained the attorney was considered an expert in the field, and the District would only use her services in instances concerning that particular aspect of law.

The motion to approve the agreement passed 3-2 with Shook and Nelda Gilreath voting against.