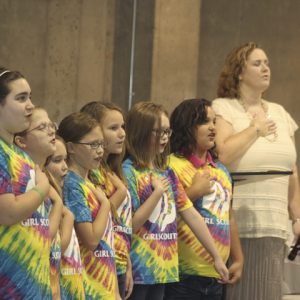 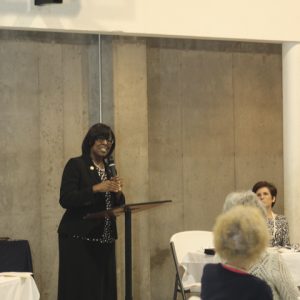 Lt. Governor Jenean Hampton, was the keynote speaker at the chamber banquet. 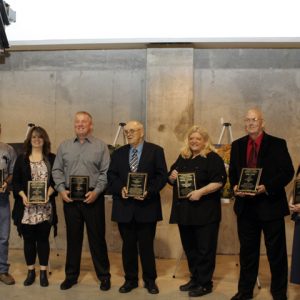 Kentucky’s Lt. Governor, Jenean Hampton, spoke to members of the McCreary County Chamber of Commerce and others who attended the Chamber’s 2016 Annual Meeting and Banquet held recently at the Flat Rock Christian Life Center.

During her remarks, Hampton spoke of her rise from childhood poverty to becoming the first African American to hold statewide office in the Commonwealth of Kentucky.  She also highlighted the importance of volunteerism and encouraged those in attendance, especially youth, to reach out anonymously through volunteering and charitable acts to “help others find joy in their lives.”  She spoke of the value of remembering life in the context of “…it’s not about you, it’s about God.”

Incoming Chamber President, Suzie Thompson, also addressed the group by expressing excitement at serving the Chamber and community in the coming year.  Thompson expressed her desire for the coming year to be a time of “embracing change” and focused on the Chamber’s plans to listen to members of the community in deciding what is needed for local economic growth.  Thompson also spoke of the importance of shopping local.

Girl Scout Troop 262 led the Pledge of Allegiance and assisted during the Banquet.  The Troop will earn a Community Event Service patch for their participation.    Greg Burdine served as Master of Ceremonies for the event.