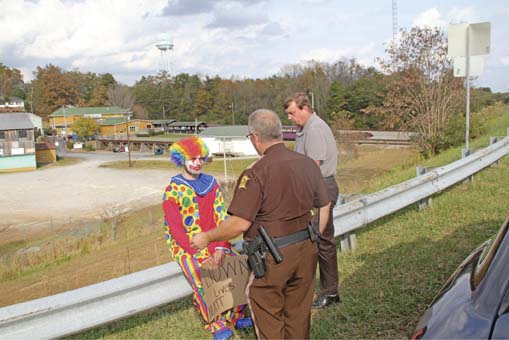 McCreary County Sheriff Randy Waters and Deputy Odell Smith responded to a report of a clown in Stearns Monday afternoon holding a sign that read “Clown Lives Matt(er).” While the “clown” thought it would be funny, Sheriff Waters informed him of the potential danger he placed himself in, and that he could have faced potential criminal charges. However, the clown was released after being made to remove his costume and given a stern warning.