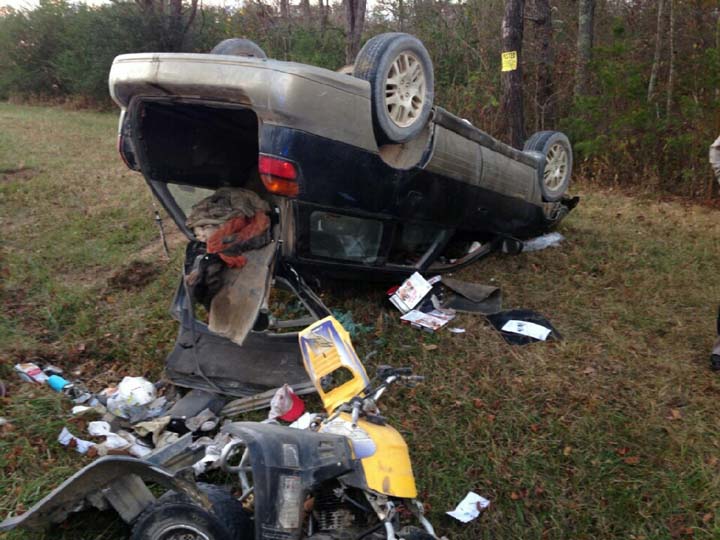 One person was killed and three  injured in a single vehicle accident on Mount Pleasant Road in Strunk Wednesday afternoon. The Kentucky State Police have yet to release full details as the investigation is still ongoing as of press time, but one victim, identified as Steven Ray Strunk, 53, was pronounced dead at the scene by Deputy Coroner Hap Strunk. A second victim, identified as Obie Miller, 71, was airlifted to the University of Tennessee Medical Center with severe injuries. A third victim, Donald A. Perry, 52, was transported to LCRH by McCreary County EMS. A fourth occupant of the vehicle, Dakota Lee Perry, was taken by personal vehicle for medical attention

The case is under investigation by the Kentucky State Police and more details will be released when they become available.

Assisting at the scene were members of the Pine Knot Fire Department, McCreary County Sheriffs Department and Constable Donald Daugherty.