After nearly two years of acrimonious political talk the 2016 General Election is finally over and Republican Donald Trump has been declared the winner. 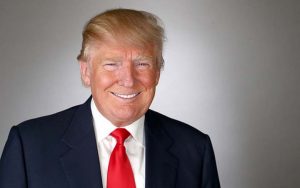 One of the most contentious Presidential elections in recent memory resulted in a staggering, and some call shocking, victory for the businessman-turned politician. The ramifications of the vote will surely be studied and debated for years to come.

Trump’s victory defied the projections of most national polls as the groundswell of working-class voters overwhelmed the urban vote – traditionally a mainstay of Democrat prowess.

The dust is still settling on the results. As of press time Wednesday results in three states have not been finalized, but early that morning a surprising turn of events as Wisconsin was declared for the Republican nominee – pushing him over the edge and granting him at least 289 Electoral College votes, far more than the 270 needed to claim the Presidency.

Michigan and New Hampshire still were unclaimed as of Wednesday morning, with Trump holding the lead. Minnesota is also not complete with a Clinton edge, but the outstanding votes will not affect the outcome.

On the popular vote front, Clinton does hold a slight advantage – similar to Bush vs. Gore in 2000, but Trump garnered the votes where they counted the most – propelling him over the threshold for the needed 270 Electoral College Votes.

Inauguration Day for the newly elected President will be on January 20.

Kentucky was a true Red State Tuesday as Republicans gained control of the House of Representatives for the first time in 95 years.

Ken Upchurch, Republican Representative for the 52nd District, ran unopposed and kept his seat thanks in part to 4,783 votes from McCreary County.

Rand Paul held off a challenge from Jim Gray to keep his U.S. Senate seat, claiming 57 percent of the vote in Kentucky and 77 percent locally.

Representative Hal Rogers also ran unopposed and was reelected to another term.

The president-elect took 86.7 percent of the vote in McCreary County to Clinton’s 11.5. In Kentucky as a whole Trump gained 62.5 percent of the total to stake an early claim to the state’s 8 Electoral College votes.

53 percent of McCreary County’s registered voters turned out Tuesday as a total of 5,843 ballots were cast in this election, just below the 53 percent who voted in 2012.

Four local races were on the ballot, but only one was truly contested: McCreary County Board of Education 5th District.

Two other School Board races were decided as well. In the 1st District incumbent Nelda Gilreath was unopposed, but still took 754 votes to continue on the Board.

The 3rd District had two candidates on the ballot, but one had withdrawn prior to the election. Dustin Stephens claimed the seat with 341 total votes.

Three Soil and Water Conservation District Supervisors were re-elected to their seats, while a fourth – a write in candidate will join them on the Board. Bradley Coffey Jr., 2,506, Anthony Trammell, 1,922, and Coby Stephens, 1,591, will serve a second term, while Earl Dean Kidd pulled 88 write-in votes to become the fourth member.

County Clerk Erick Haynes reported no major issues throughout the day, only a few minor instances of registration issues. McCreary County had no reported calls to the Attorney General’s Election Fraud Hotline.