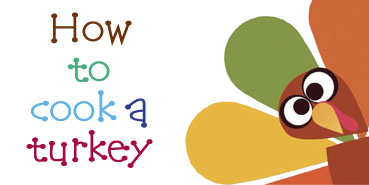 Brought to you by The Voice, Pine Knot Primary & Whitley City Elementary schools

You cill it and put it in ovn. – Teri

You kill it you kook it. – Maddie

Pt it in the ovn for a log tim! – Connor

Pt It In the uvn and cooc it. – Allison

Cooc it and et util yr bele is fl. – Savannah

First, Take out of wrapper. Then, put it in the pan and cook it for 5 hours. – Raleigh

Put barbecue sauce on it and bat it for 3 mins. – Kolton

Pour pepper and hot sauce on it and cook for 4 min. – Jayden

Put salt on it and coot it for 3 minutes. – Emah

Pour chicken sauce on it and cook it for 7-8 hours. – Shea

Pour hot sauce on it and fry it for 6 min. – Kallen

Pour hot water on it. Cover it with dough. cook it for 20 min. – Abigal

Shoot it, cook it, eat it. – Christopher

You bake a turkey in the oven. – Tivous

About four hours in the stove with filling inside. – Caleb

First get the guts out. Put in pan. Bake it. – Seth

season it with mashed potatoes put it at 200 for 8 hours then you eat it. – Kahner

Put the turkey in the stove then put it on for 350 then when it gets done take it out then have a lovely feast. – Malorie

first you have to kill the turkey. The you want to pick all the feathers off and move. Then you can cook the turkey on the oven for 500 degrease. – Ryland

first kill a turky second clean it and pluck off the fethers third put the turky in a tray fourth cook it fifth then you prepare it sixth eat it seventh feed the leftovers to the dog. – Chole

First cook the turkey second taking out of the oven and sprinkles some seasoning on the turkey then your done. the third you eat the turkey when you get full yo quit. – Tanner

First put the stove on 500 agreese then put the turkey in the oveen wait at least 1 hour. Then put stuffing it the turkey put it back in the oveen for an hour or 50 mins the you can eat it. – Camry

Put the turky in the oven turn it on 350. Let it Bake all day. then the next morning heet it up. then make gravie the put it on the turky. Then put the turky on the table. – Joslyn

You can cook turkey in a pan. I LOVE MACK TURKEY. – Amanda

Furst by the turkey seacond put the turkey on a stick and put it on a fiyer and spin it in tell it turns brown. – Raden

First I buy a turky at Kroger then I set the oven after its down heeting put in the oven for a hour and half then when it’s down take it out let it set for a little bit then take the bones out then it’s down!!! – Josie

First you get a turkey. Thaw it out. Then you wash it off. Then you pat it dry. Then you cover it with butter and salt. And put in pan and you bake until it is done. Then put it on a tray and server it. And that is how you cook a turkey. – Annabelle

First go hunting for a turkey (for fresh meat) and then pluck it and cut off the feet and head and then put stuffing inside the turkey and then set the oven to about 300 and then be careful of the turkey and put oven mitts on and lay something down on the table and put any toppings (of your choice) on it you would like then say your prayers and dig in and enjoy. – Callie

First you get the turkey and then your stuff it next you put it in the over and then whait affter it’s don you eat it intil it is gon and then you eat some ham! – Taylor

you take a clean pan out to put the turkey in the pan than you though it. and than you cook the turkey. than you seasoninimen the turkey than you let it driy out then you eat it. – Corban

First you kill the turkey, second you take it home, Third you pluck the feathers out and clean the turkey, Fourth you cook it, Fifth then you eat it. – Kason