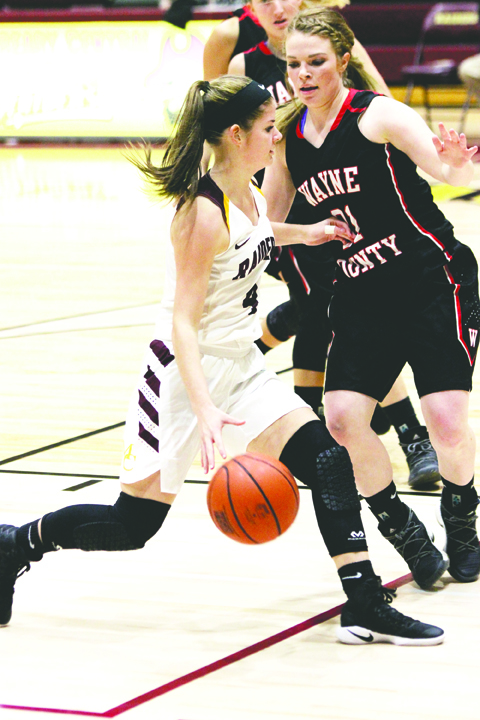 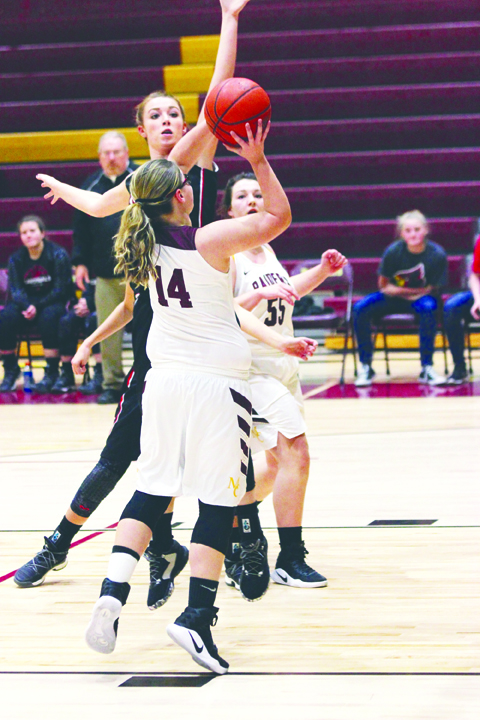 Macey Welchel (left), Liz Anderson (right) and the Lady Raiders hope to get back to their winning ways after dropping three games last week.

Coming off two big wins, the Lady Raiders suffered three straight losses, including their first District defeat of the season at the hands of the Wayne County Lady Cardinals Friday night.

On Thursday McCreary dropped a close game to Pineville, 48-44, but couldn’t seem to keep the momentum alive as they played their second game in two nights when they hosted Wayne.

The Lady Cardinals clung to an 11-6 lead at the end of the first, but McCreary experienced foul trouble and suffered through a 21-7 run in the second, allowing Wayne to take a 32-13 lead at the break.

McCreary tried to rally in the third, but still lost ground as Wayne County continued to pull away.

Saturday night McCreary got an outstanding performance from Ally Anderson, who scored 41 points, but the Owsley County Lady Owls managed to hold off a late charge for an 89-74 win.

Thursday night the Lady Raiders travel to Danville, then return home Friday when they host Garrard County. On Monday they travel to Knox County, and return home Tuesday to take on Berea.