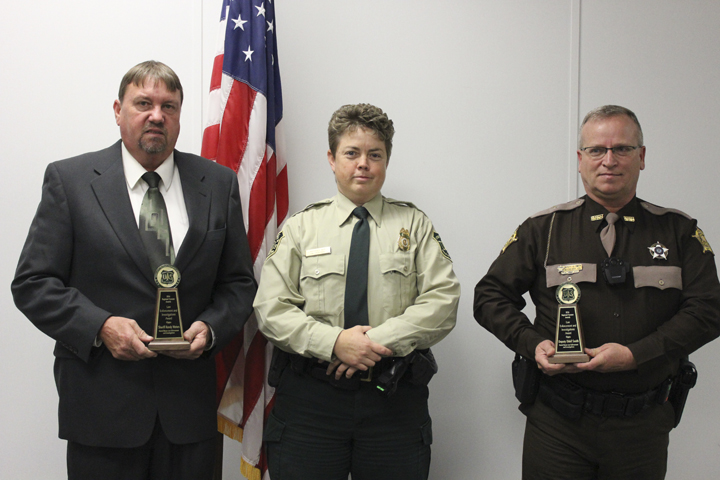 McCreary County Sheriff Randy Waters and Deputy Odell Smith were recognized for their efforts in helping investigate and solve a series of thefts on U.S. Forest Service property by receiving the 2016 Regional Forester Award in Winchester Friday.

The officers were honored due to investigating a series of vehicle break-ins around the Noe’s Dock area, which is located on U.S. Forest Service property. As a result of their work, two people were arrested and face federal charges for stealing about $7,000 worth of property from the vehicles.

Waters and Smith were nominated and selected for the Law Enforcement Investigation Award, one of only a dozen such awards presented each year by the Forest Service.

“We were honored to just be nominated, and actually receiving the award is an even greater honor for this department,” Sheriff Waters said. “With a large part of McCreary County containing National Forest, we want to work closely with all law enforcement agencies in keeping our people and property safe.”

“Though we may have different uniforms and badges, all law enforcement in McCreary County is one big agency. Through working together we are only stronger and better at doing what needs to be done.”

U.S. Forest Service  Law Enforcement Officer Tim Grooms, who worked closely with the investigation, was also honored with the award.