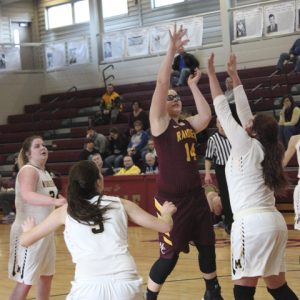 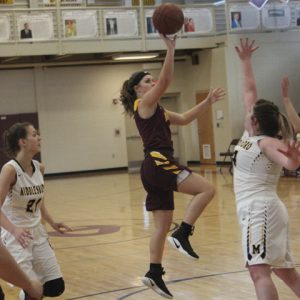 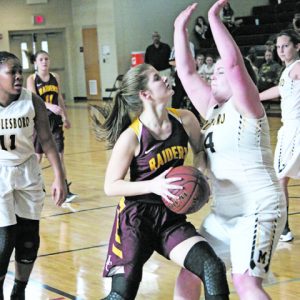 Photo by Chris Hollis Liz Anderson tries to get a shot off over a Middlesboro defender in the Chain Rock Classic last week.

After a 56-51 win over Berea to open the Christmas break, the Lady Raiders struggled over their next three games, dropping all contests in the Chain Rock Classic held in Pineville.

Ally Anderson’s 14-points led McCreary in a 50-37 loss to Pineville to open the tournament.

McCreary had a chance to tie at the buzzer in their next game against Lynn Camp, but the attempt was not successful, and the Lady Raiders fell 41-38. Brooke Sluder led the way with 12 points in that contest.

Anderson’s 21 points were not enough in game three as McCreary fell to Middlesboro 53-28 in the finale.

Friday night the Lady Raiders get back in action when they travel to Southwestern to take on the Lady Warriors. On Tuesday they travel to Bell County and will return home on January 13 to host Somerset.