2016 was certainly an interesting year. 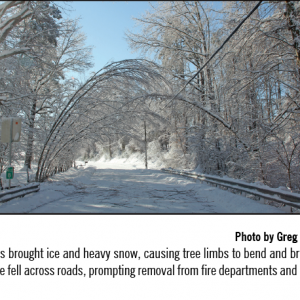 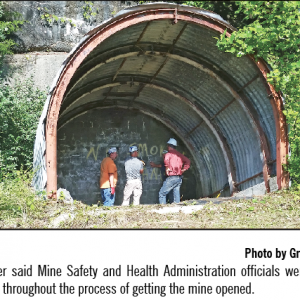 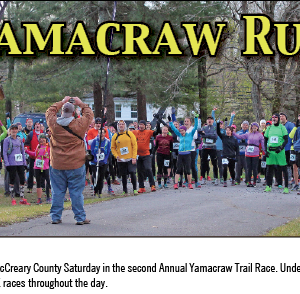 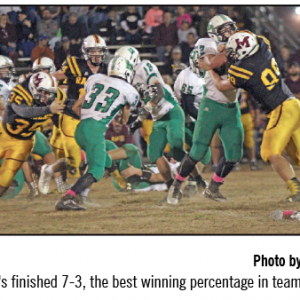 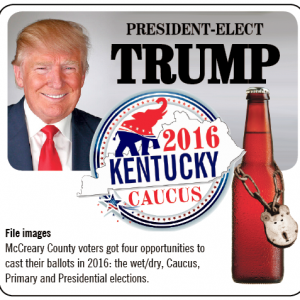 January’s headlines were topped by two stories: winter storm Jonas and the official hiring of the new Superintendent of the McCreary County School District.

Jonas hit Kentucky, and McCreary County late in the month, bringing nearly 12-inches of snow to the area and bringing the county to a virtual standstill for nearly three days. The slow-moving system brought heavy snow and freezing rain, causing disruptions to power due to broken power lines.

Mike Cash, who had been serving as Acting Superintendent for the previous six months, was officially hired by a 4-1 decision by the Board of Education and offered a four-year contract.

Voters of McCreary County got two chances to exercise their rights early when a pair of non-typical elections were held in March.

The first, a wet/dry vote, brought the question of adding alcohol sales to local stores and restaurants to the forefront. With a difference of only 32-votes, to question was answered with “No.”  Nearly four years prior, the same measure failed to pass by less than a one-percent margin as well.

Later that month the McCreary County Heritage Foundation began steps to add beer sales to the Stearns Golf Course, stemming from a precinct vote in 2015 that allowed alcohol sales to the historic district.

Foreshadowing what was to come in November, Kentucky Republicans chose Donald Trump as their choice for Presidential candidate in the fall election as the Republican Party held the first-ever Caucus in the state in lieu of selecting their candidate in the Primary election.

The month closed on a pair of sad notes as the body of Charles Murphy was found partially buried under a cliff line in the northern part of the county. Murphy had been reported missing the previous year, and a tip obtained through the Wayne County Sheriff’s Office led officers to search an area near the missing man’s father’s residence – where the remains were eventually located. The father, Anthony Murphy, was arrested earlier that year after pulling a gun on officers, was charged with his own son’s murder and will stand trial on those charges (and others) this month.

Also, McCreary County’s oldest resident, centenarian Fannie Morgan, passed away at age 104. Miss Fannie, as she was known, served the county as a teacher for many years, before changing careers to bookkeeping, which she worked at until she was 102-years-old.

The second annual Yamacraw run kicked off the month of April with over 300 runners competing in the three races – kicking off the McCreary tourism season.

April also saw the retirement of long-time McCreary Central Basketball Coach Robert Jones after 22-years with the team. Jones led the Raiders to 224 wins over his 17-seasons as Head Coach and two District Championships. Jones remained with the District – serving as Athletic Director.

The McCreary County Board of Education approved a nearly $10 million energy savings plan for the district that promised to lower annual energy costs, and resulted in a summer-long refurbishing project in all five schools.

In May Adam Phillips stepped down as Tourism Director. Phillips, who had been serving in a part-time capacity, held the post for about a year.

Coaching changes continued at McCreary Central as Jimmy Voight was hired to replace Rob Jones to helm the Raiders’ Basketball program. Justin Bozeman, who had served one year as Head Coach of the Football team resigned, with Lucas Ford, of Somerset, eventually being hired to fill the position.

In June the last glimmer of hope for reopening the McCreary County Jail were dashed after a visit from Department of Corrections Commissioner Rodney Ballard visited the facility with local elected officials. Ballard squashed any chances of the old facility being opened – noting the poor condition of the building and financial situation of the county.

The Jail was a driving factor of the County’s budget battle as costs for housing and transporting prisoners threatened to cripple the government.

The McCreary County Fiscal Court passed an 11th hour budget after Judge Executive Doug Stephens promised to present a plan to ease the jail problem, and lower the expected cost of housing by $150,000.

July saw Judge Stephens’ ideas for a new jail, which would come with a new tax as well to finance it. Stephens estimated an annual cost of about $2 million to build and operate a new facility, which is about double what it costs the county currently.

Former MCHS Coach Toby Curry was found guilty by a McCreary County jury of allegations he attempted to use his cell phone to solicit sexual contact with a minor – a former player for his girls basketball team.

The verdict would later be thrown out after it was discovered two jurors on the panel were former students of Curry, and failed to disclose the possible conflict of interest during the selection process. A new trial, set in Whitley County, will be held later this spring.

The big announcement of the reopening of the Stearns mines closed out the month. Robert Crowder, Co-owner of Stearns Energy, announced plans to reopen the mines with production expected to begin in March or April. Since the announcement little activity has been seen at the site, and no new news has been forthcoming.

August saw an escape by a McCreary County inmate, Jimmy Troxell, who fled while being transferred from Leslie County to the Courthouse. Troxell was on the loose for nearly four months until he was recaptured in December.

Garbage concerns began in August as the McCreary County 109 Board recommended changing the ordinance to include “mandatory” garbage pickup, and requesting lower rates from prospective bidders to provide the service. Only one company would send in a bid – and it did not meet the lower cost requirements, sending the Fiscal Court into another laborious debate over the future of waste collection in the county. In the end Scott Solid Waste accepted a deal to extend current service for an additional year while County leaders try to dig themselves out of the mess.

October was without the annual McCrearyFest Parade for the first time in more than two decades as Heritage Trail Days organizers nixed the parade in favor of featuring more tourism-related events. Many locals were disappointed with the decision.

Donald Trump handily took McCreary County and Kentucky in the Presidential Election, leading the way for Trump to become the nation’s 45th President in January.

A proposed Restaurant Tax was not adopted by the Fiscal Court in November after questions arose about the legality of passing such an ordinance and how the money could be spent. The possible tax is not dead, however, as County leaders are desperately searching for ways to increase revenue.

Leslie County Jailer Danny Clark visited a Fiscal Court meeting to remind officials the importance of paying their bills on time. The jail is housing a majority of local inmates, but cannot function without timely payments, Clark said.

The Big South Fork River Dash was held in November bringing the McCreary County Tourism season to a close with a bang.

In December long-time McCreary Central Choir Director Chris Hubbs was honored by having the auditorium at the high school named in his honor.

The final month of the year also saw the passing of a McCreary County icon – Bobby Duncan. The proprietor operated Duncan’s General Store for 70 years, and was a well-known and beloved member of the community. With his passing, the store would close at the end of the month.

An audit by Auditor of Public Accounts Mike Harmon found several issues with financial management within the McCreary County Fiscal Court. Among issues noted were a lack of oversight on the Revolving Loan Program, late payments and payroll irregularities.

One somewhat positive note from the Fiscal Court was the final payment of a loan taken out to satisfy the 10 Commandments lawsuit debt. McCreary County paid back over $236,000, with just under $44,000 coming from private donations.

Finally, the annual Banquet of Blessings served nearly 900 meals to the less fortunate on Christmas Eve, highlighting the giving spirit of McCreary County.