In a special called meeting Thursday McCreary County Judge Executive Doug Stephens informed the members of the Fiscal Court that the county is facing a potential $350,000 deficit by the end of the fiscal year. 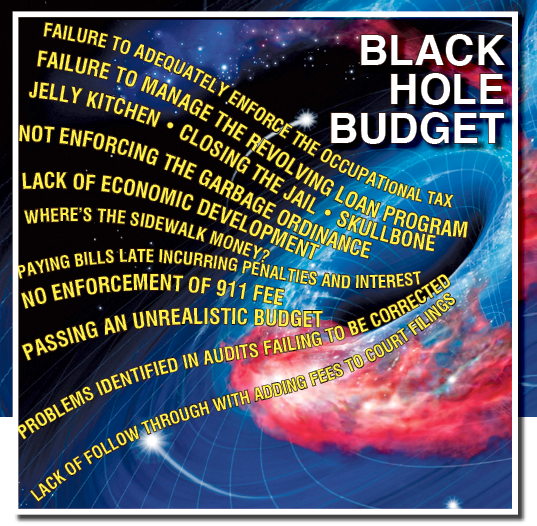 The majority of the shortfall comes due to higher-than-planned jail expenses.

Judge Stephens said December’s housing totals exceeded $85,000, which is putting a strain on the budget.

In June, when the Fiscal Court passed the budget, several concerns were raised about lowering the expected costs of the jail-related expenses.

At that time Judge Stephens stated he hoped things would change, and that he and County Attorney Conley Chaney were exploring options to help alleviate the burden.

None of those options apparently came to fruition as costs for housing inmates is far exceeding the original estimated cost.

Judge Stephens made two adjustments to balance the budget after the first presentation of the proposed budget in May, which forecasted an end-of-year deficit of about $300,000.

The first was the addition of $350,000 of revenue through the Ambulance Service providing non-emergency transfers. That target looks to be attainable, as the service is going strong at the moment.

The second was the reduction in jail-related expenses by $150,000.

That move was questioned at the time since expenses topped $750,000 last year, and showed no signs of decreasing over the next 12-months.

With expected costs of housing and transferring prisoners now looking to cost more than $1 million for the year, McCreary County is facing a budget crisis.

At Thursday’s meeting Stephens did not offer concrete solutions to the problem, but noted there were few options for the Court to raise revenue if they hoped to meet the budget by the end of the fiscal year.

One way would be to implement a restaurant tax, but there are questions about the legality of the Fiscal Court passing such an ordinance.

Additionally, any revenue generated from such a tax would go toward the Tourism fund, and would only alleviate a small portion of the burden on the General Fund.

An insurance tax would generate an estimated $1 million of additional revenue a year, which would alleviate the funding problems with prisoner housing, Stephens noted.

However, if the Court were to consider and pass such a tax, it would not be able to enacted until July, and any revenue would not bee seen until possibly October –well past the end of the fiscal year.

County Attorney Conley Chaney offered his opinion that the only way the County could make up the projected deficit in such a short time would be to raise the Occupational Tax.

Magistrate Roger Phillips, who has been a long-standing opponent of the tax voiced his objections to raising any taxes, instead calling for cuts to salaries and programs to make up the shortfall.

“We are going to cut some of that back before we raise taxes,” he said.

Judge Stephens stated the budget was available for anyone to look at, and he said he would gladly look at cuts, if there were any to be made. But, he cautioned, the budget was already thin to begin with.

Phillips questioned the need to having two Deputy Judges on staff.

Stephens defended the move, noting Deputy Judge Randy Jones also works as the Finance Officer and is needed in the office. Deputy Judge Andrew Powell, he added, does not work that many hours, but is vital in bringing in funding through grants to keep existing programs running.

Phillips also suggested the possibility of taking the salaries of three deputies through the McCreary County Sheriff’s Office, and using those officers as a County Police force to transport prisoners instead of Transport Officers.

“I think we have a management problem,” Phillips said. “It’s hard to know where we are at.”

Magistrate Phillips had also asked why the use of ankle bracelets and home incarceration isn’t being employed by the County in more situations.

Chaney responded that there are some situations where it is not feasible to use the system, and noted one case where someone was convicted of a serious charge, but had been under home incarceration prior to the trial and would not have served any jail time due to being credited for time served.

The question was raised about the Fiscal Court’s lack of collection of fees associated with court filings.

In July the Fiscal Court passed an ordinance that would allow for additional fees of up to $25 added to filings in Circuit Court, which would bring some additional revenue to the Jail Fund.

Circuit Court Clerk Othel King stated Thursday that his office had not been notified of any such legislation, and as such, none of the extra fees had been collected since it passed.

Judge Stephens stated he was not aware of any actions his office had needed to take after passing the ordinance, but assured the Court that he would take immediate steps to properly inform the Clerk’s office to begin assessing the fees.

It is unclear how much revenue had not been claimed as a result of the error, but it was noted that filings occur nearly on a daily basis in the office.

According to the ordinance additional fees of $25 to call civil and criminal cases in Circuit Court have been added to costs, as well as $25 being added to filing fees for cases appealed from Circuit Court.

Deputy PVA Joni Carson urged the court to consider implementing some form of building or construction permit as it would help the PVA’s office better track and reassess property in the county, which would help generate revenue through property taxes.

Again, Judge Stephens did not ask for any action to be taken on the subject, noting he only wished to inform the Court of the issue.

The McCreary County Fiscal Court is scheduled to meet tonight (Thursday) at 6:00 p.m.