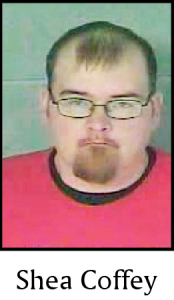 Shea Coffey, the man accused of causing a fatal 2014 accident that claimed the lives of father and son, Palace and Sam Anderson, was formally sentenced in the case last week after entering an Alford Plea.

The Alford Plea signifies Coffey does not admit guilt in the case, but acknowledges there may be enough evidence to convince a jury to convict him in a trial.

Coffey was originally indicted in July 2015 for his role in the October 7, 2014 accident that caused the death of Palace and Sam Anderson.

In the indictment Coffey was charged with two counts of murder and one count of operating a motor vehicle while under the influence of intoxicants.

Apparently, as part of his plea agreement, the murder charges were amended to one count of reckless homicide and one count of manslaughter, and the DUI charge being dropped.

Curt records indicate Coffey was sentenced to 2 years on the first charge and 3 years on the second, for a total of 5 years.

He is currently being held in the Leslie County Detention Center awaiting transfer to a state facility.

Lawsuits filed by members of the Anderson family is still pending in Court, with a settlement hearing scheduled for February 15.

The lawsuits contend Coffey, while speeding, driving impaired and uninsured, struck the vehicle driven by Palace Anderson head on, causing the “premature and untimely death” of both occupants of the car.