Three individuals could be facing serious charges after a traffic stop Monday afternoon. 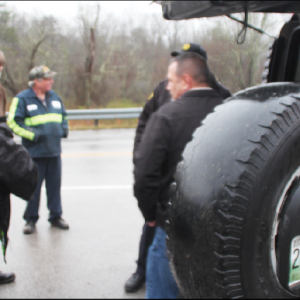 Photo by Greg Bird Officers searched this vehicle after a traffic stop and found a loaded gun and drugs inside. 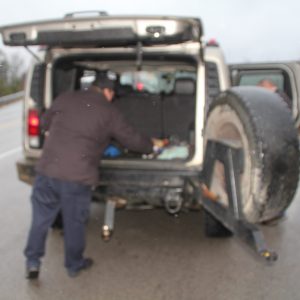 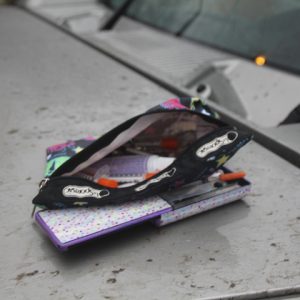 Photo by Greg Bird A small bag filled with needles and meth was recovered after a traffic stop Monday.

According to McCreary County Sheriff Randy Waters, Deputy Odell Smith and Constable Bill Hayes initiated a traffic stop on a vehicle on North Main Street in Whitley City around 4:30 p.m.

The citation contends the driver gave officers consent to search the vehicle, where a loaded hand gun and a cache of drugs were discovered.

Both the driver, identified as Toby R. Dodson, and a passenger, Joey G. Watson, had previous felony convictions and could be facing federal gun charges.

Dodson, 39, was charged with OUI, operating on a suspended license, and possession of a firearm by a convicted felon. He was also charged with terroristic threatening for reportedly making threats against a paramedic who was dispatched to the scene to conduct a blood draw.

Watson, 35, was also charged with possession of a firearm by a convicted felon as well as public intoxication and possession of a controlled substance after more than 13 Clonazepam tablets were found in his possession.

A second passenger, Jessica L. Spradlin, 35, was arrested and charged with carrying a concealed weapon, tampering with physical evidence, disorderly conduct, possession of drug paraphernalia and possession of a controlled substance.

Spradlin reportedly had a small handbag in her possession, which contained a quantity of needles along with other drug paraphernalia and a quantity of methamphetamine. After being taken in to custody the subject apparently had additional needles in her possession and attempted to discard them prior to being searched by a female officer.

All three were booked in the Leslie County Detention Center.