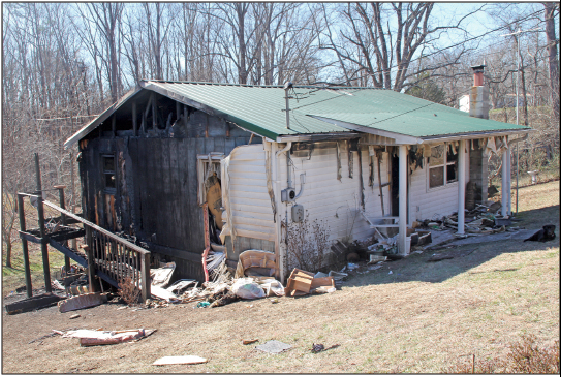 A McCreary county man died Thursday night after a fire destroyed his home in Stearns.

The Kentucky State Police reported Grover C. Abbott, 70, perished in his Childers Ridge Road residence as a result of the fire, which apparently started in the basement of the home.

Members of the Whitley City and Pine Knot Fire Departments responded to the fire around 7:30 p.m. after a neighbor reported the blaze. Upon arrival they found the residence fully engaged and were unable to immediately locate the victim. Crews fought to contain the fire and Abbott was discovered deceased inside the home.

Foul play is not considered a factor in the fire and the cause is being investigated by KSP Arson Investigator Detective Brian Lewis.