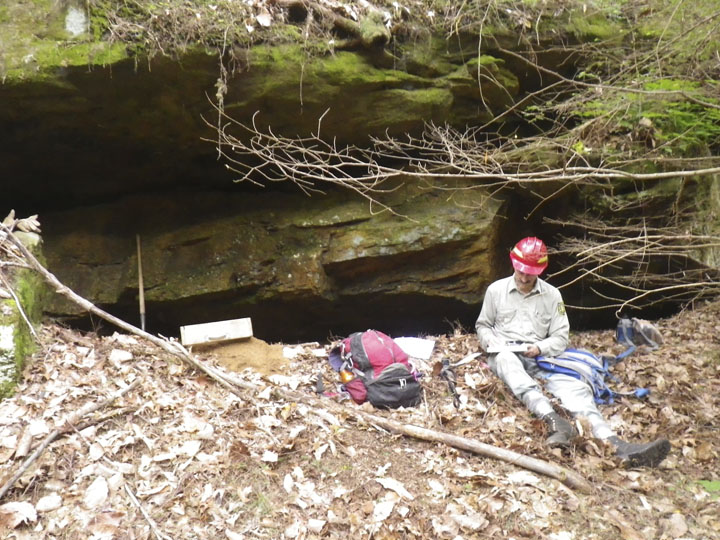 The environmental assessment for the Greenwood Vegetation Management Project, a proposal covering over 32,000 acres of national forest land in McCreary and southern Pulaski Counties, has been released for public comment.

The U.S. Forest Service is proposing the Greenwood Project to improve habitat for wildlife and create conditions that support long-term forest health and plant diversity.  The project is designed to move the Daniel Boone National Forest (DBNF) closer to the conditions outlined in the DBNF Forest Land and Resource Management Plan.

Proposed activities for the project include commercial vegetation management of approximately 2,900 acres, non-commercial vegetation management of approximately 3,575 acres, prescribed burns for 10,000 acres, management of wildlife openings on seventy-five existing openings, and construction of thirty-eight wildlife water sources.  Most of the proposed activities take place over a four to six year period of time although some actions, such as prescribed burning, take place over as much as a ten year period of time.

With the total analysis area for the project encompassing 32,000 acres, the Greenwood Project is larger than most.  However, despite the large planning area, the areas targeted for commercial action (9%) and stand regeneration (2 1/2 %) are relatively small.  Reed noted that looking at a larger planning area improves efficiency and allows for better long-term implementation planning.

“We have had a lot of public input to this point from individuals, groups, and other cooperators,” remarked Reed.  “We look forward to continued collaboration with interested parties.”

The earlier public comment period drew questions and concerns in regard to a variety of issues including use of herbicides, silvicultural methods, botanical and rare population indicators, soil quality, and water quality.

Although the Beaver Creek Wilderness is not targeted for action by the proposal, the project does embrace the Beaver Creek Wildlife Management Area which is national forest land cooperatively managed by the U.S. Forest Service with the Kentucky Department of Fish and Wildlife Resources (KDFWR).

According to KDFWR Southeast Regional Wildlife Coordinator Mike Strunk, the project has many benefits for wildlife species and habitat.

“The variety of habitats created and the wildlife opening management proposed will have positive benefits for both sportsmen and those who just enjoy viewing wildlife,” remarked Strunk.

The thirty day public comment period closes on March 6, 2017.  After this second round of public comment is received, officials will analyze the comments to see if further revisions of the environmental assessment are needed.  A draft decision document along with any revisions of the environmental assessment will then be published. After publication of the draft decision document and environmental assessment, a forty-five day objection period in which formal objections may be filed will follow.  After response to formal objections, a final decision document will be released.  If approved, project implementation may possibly begin in the fall.  Reed is optimistic a final decision concerning the Greenwood Vegetation Management Project will be reached in June or July.

The proposal, environmental assessment, supporting documentation, and information about how to provide comment are available online at http://www.fs.usda.gov/projects/dbnf/landmanagement/projects.  Documents may also be viewed at the Stearns Ranger District Office in Whitley City, KY.  For more information, contact District Ranger Tim Reed at 606-376-5323.