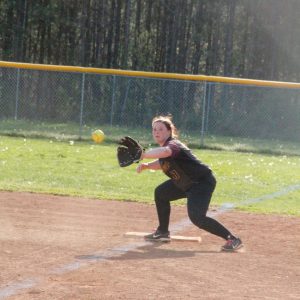 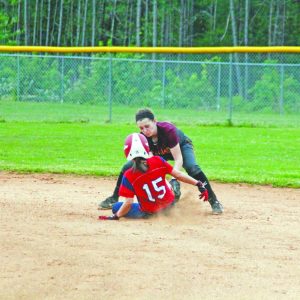 Cammie Gilreath returns for a new season of Lady Raiders softball next week. 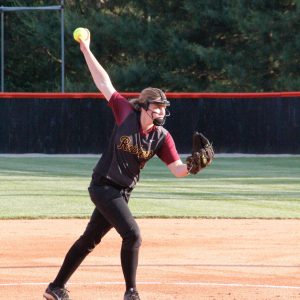 It is an exciting start to a new season for the Lady Raiders softball team.
A new locker room and clubhouse set the stage for what could be a thrilling season for the squad.
Though the team lost valuable experience to graduation last season, the Lady Raiders still have plenty of experience on the roster as they hope to make a return engagement to the 12th Region Tournament after failing to qualify last year.
McCreary fell short of their goals last year, finishing the season 15-17, but Coach Todd Waters believes the experience will help fuel the team to outperform this season.
“We’re excited,” he said. “We are confident and ready to play. I feel like we are a really good team and can compete in the District and Region.”
“Last year we worked out a lot of the kinks,” he added. “Now we are ready to go out and prove ourselves. I think the girls learned a lot from last season and want to prove it was a one off.”
Waters believes the Lady Raiders will be in the thick of the competition by the end of the season and contending for a District title.
“I think we are going to be good,” he said. “We have strong pitching, hitting and fielding. We can play with anyone, I believe.”
Waters said winning the 48th District isn’t going to be easy, but rivals Wayne County and Southwestern are not out of reach for the Lady Raiders.
Defending district Champs, Wayne County, remain strong with several starters returning, but the Lady Raiders have already established they can compete with the Cardinals – splitting their regular season matchups against their rivals last season.
Southwestern has also been hit by losses from graduation as only one senior and four juniors remain on the roster from last year. The Lady Raiders also split with the Lady Warriors in the regular season, so neither team is out of reach for McCreary.
“Both Wayne County and Southwestern lost their number one pitchers from last season,” he said. “They also lost some other key players. They still are going to be tough, but will be right there with them.”
The Lady Raiders kick off the 2017 season Monday at Pulaski County. Their first home game will be Thursday, when they host Casey County.