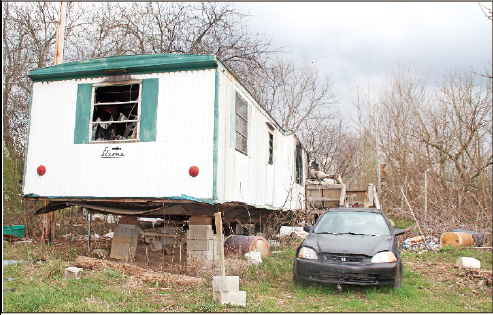 A 63-year-old Pine Knot man died as a result of a structure fire early Saturday morning.
The Kentucky State Police reports the Pine Knot Fire Department responded to a call of a structure fire on Walnut Lane just after midnight Saturday morning, were they discovered the body of William “Billy” C. South inside the residence.
KSP Arson Investigator Detective Brian Lewis along with Detective Billy Correll were dispatched to the scene to investigate.
The cause of the fire has not been determined at this time, however, foul play is not suspected.
KSP Arson Investigator Detective Brian Lewis and Detective Correll are continuing the investigation. They were assisted at the scene by Troopers from Post 11, Pine Knot Fire Department, Whitley City Fire Department, McCreary County EMS, McCreary County Sheriff’s Office, Kentucky State Fire Marshall’s Office and McCreary County Coroner’s Office.