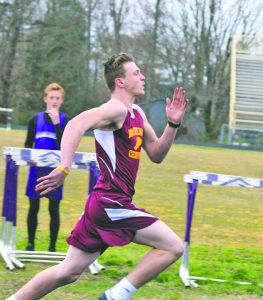 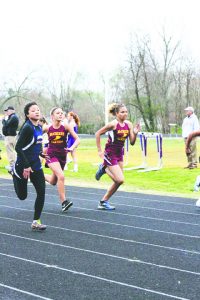 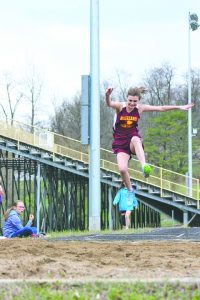 For the first time in nearly two decades McCreary Central is fielding a Track team this spring, and they are off to the races already.

For their first official meet in 17 years, the Raiders placed seventh overall at Somerset High School last week. Jordan Tucker placed 2nd in the 800-meter run and 5th in the 1-mile run. Nick Longmire, Aiden Tucker, Jordan Tucker and Chris Gearing placed 4th in the 2-mile relay. Ricky Woods-Clark, Cody Conaster, Nick Longmire and Calob Cox placed 4th in the 800-meter relay. Dillon Vanover, Ricky Woods-Clark, Nick Longmire and Cody Conatster were 5th in the 400-meter relay. Tyler Strunk, Dillon Vanover, Aiden Tucker and Nick Longmire were 6th in the 1600-meter relay. Calob Cox was 6th in the 100-meter dash. Tyler Strunk was 6th in the 1 mile run. Sara Mills was 6th in the 1 mile run. Ricky Woods-Clark was 7th in the 200-meter dash. MaKenzi Cox was 7th in the Long Jump. Kalidora Bolin, Sara Mills, Aryn Stephens and Makenzi Cox were 8th in the 800 meter relay.
Coach Bob Naylor said he is excited to see track and field return to McCreary, and he has had very positive responses from both the athletes and parents about the program.
“We’ve had a pretty good start,” he said. “What started out with half a dozen runners has grown. We can now field a boy’s team in almost every event, and the girl’s numbers are getting up there.”
“I’m excited. We have already built a strong core of athletes that will only grow the program as time goes by.”
More than just running, Naylor said track and field is a way to strengthen athletes from other sports.
“My selling point was ‘this can make you a better athlete,’” he said when first pitching the program to prospective students.
The physical activities in competitive track and field can help with strength, coordination, stamina and other aspects of a young athlete’s career.
But, Naylor said, another benefit is strengthening the team bonding.
“They are really starting to get the ‘team’ concept,” he said. “When some started they see their time, or score as an individual thing. But they are now figuring out that the more we score as a team is what really counts. They are pushing each other to succeed.”
Naylor also said the planned resurfacing of the track at the high school has only added to the excitement for the program.
“The administration has been great in planning for the future,” he said. “Once it is done we will be able to host Regional Tournament events here.”

The Raider Track team has a meet at Southwestern High School next Tuesday afternoon.