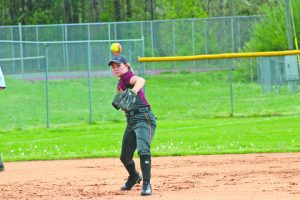 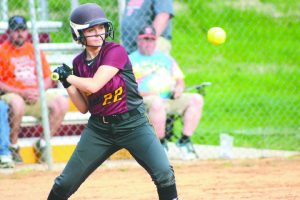 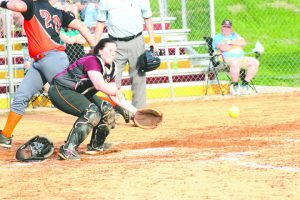 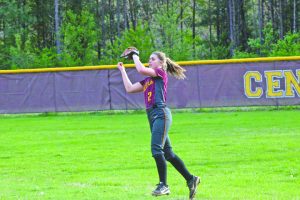 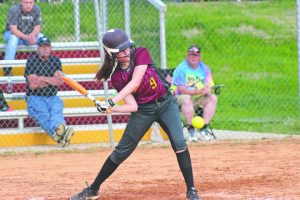 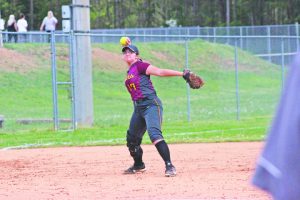 The Lady Raiders Softball team is still searching for their first win of the season after dropping their game against Williamsburg Monday afternoon, 9-3.

McCreary had chances to score early, but failed to capitalize.

In the bottom of the first Ally Anderson reached on a lead-off walk and advanced to third base, but the Lady Raiders could not drive in the would-be tying run.

In the second walks to Grace Jones, Sierra Whalen and Morgan Baily loaded the bases but did not score before Williamsburg got out of the inning.

Williamsburg would take a 1-0 lead in the top of the first, but broke the game open in the second when they would score 4 runs for a 5-0 lead.

The Lady Yellow Jackets would tack on single insurance runs in the third, fifth, sixth and seventh innings.

In McCreary’s half of the fourth the Lady Raiders finally put some runs on the board. Celya Kiser and Whalen both reached on walks and scored on an Anderson single to make the score 6-2.

In their final at-bat in the seventh Cammie Gilreath reached safely on a single and would score on a Welchel base-hit and Williamsburg error, but the Lady Jackets put an end to the McCreary rally and completed the 9-3 win.

The loss dropped McCreary’s record to 0-10 to start the season.

McCreary’s next three games are at home, including two consecutive meetings against District opponents.

All varsity games are scheduled to start at 6:00.