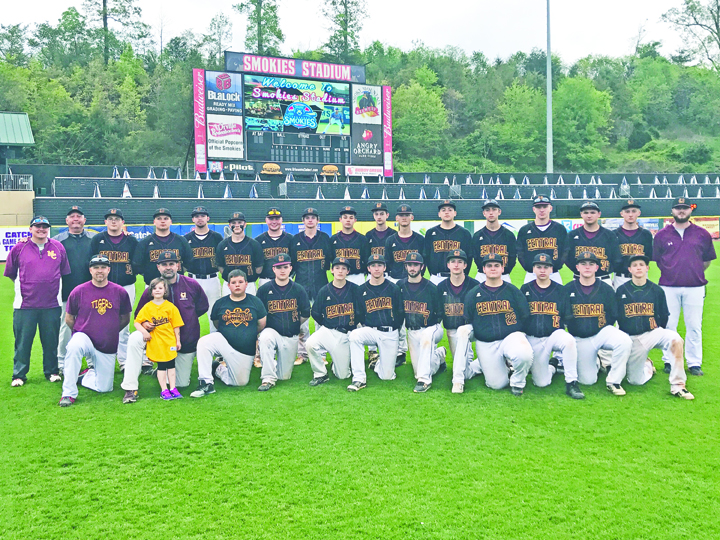 Photo Submitted:
The McCreary Central Baseball Team had a unique and rewarding experience Saturday, playing a pair of games at the Smokies Stadium. 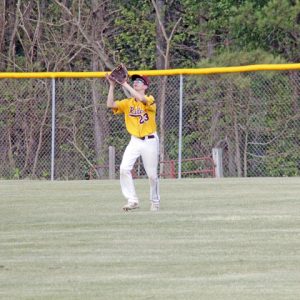 The McCreary Central Baseball Team had a unique and rewarding experience Saturday, playing a pair of games at the Smokies Stadium. 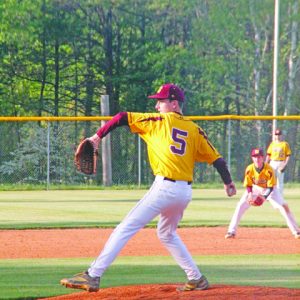 Nathaniel Griffis settles under a fly ball in the Raiders’ matchup against Oneida Friday. 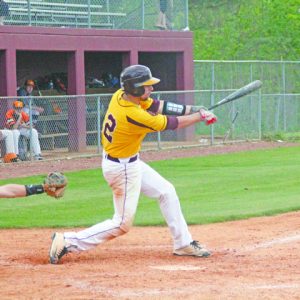 After a rough first inning Connor Campbell settled in and allowed only 4 more hits against the Indians.

A 4-run first put the Raiders in an early hole against Oneida Thursday afternoon, but the team quickly battled back to tie the game, only to see a victory slip away with a last at-bat heroics from the Indians.

The Raiders rallied in the bottom of the third, plating 5 runs to tie the game.

Back-to-back walks to Zack Chaney and Nathaniel Griffis put the lead-off runners on base. Chaney would score after a passed ball and a ground-out. Blake Corder continued the inning by getting hit by a pitch, and both runners would score on a single up the middle from Evan Kidd. Justin Trammell drove in Kidd with a base-hit, and would later cross the plate after a pair of wild pitches to tie the game, 5-5.

The Raiders would get runners on base in each of the next four innings, but their best scoring chance was in the fourth with runners on first and second with only one out, but Oneida would get out of the inning via a pop up and a strike out.

Campbell cruised over the next three innings for McCreary, allowing only one baserunner until the seventh.

The Indians would get a runner in to scoring position after a lead-off double to right with a deep fly ball that hit the fence and was nearly caught by a leaping Trammell at the warning track. The runner would come back to haunt McCreary after a one-out double scored the eventual winning run.

The Raiders got a taste of the big time Saturday when they were privileged to play a pair of games in Gatlinburg at the home of the Tennessee Smokies minor league stadium.

In the first game, against West, McCreary took an early 1-0 lead after a bases loaded walk to Trammell forced in a run in the top of the first, but that would be all the scoring for the Raiders in a 12-1 loss.

In the second game McCreary fared better, scoring early and never trailing in a 6-3 win over Clairborne.

In the top of the first Corder led off with a single, and would eventually end up at third after a pair of stolen bases. Kidd reached on a walk, and both would score on a Trammell single for a 2-0 McCreary lead.

Clairborne would tie the game, 2-2, after adding solo runs in the second and third, but the Raiders regained the lead in the fourth after a Chaney double led off the frame. Courtesy runner Austin Duncan would advance to third on a wild pitch and score on a Griffis ground out.

The Raiders put the game away for good with a 3-run 7th.

Griffis started the rally by reaching on a dropped third strike, followed by a Thaddeus Baird bunt single. Grant Hamner loaded the bases on a fielders choice. A Corder walk forced in the first run, followed by RBI ground outs from Kidd and Trammell to secure the 6-3 lead.

Nathan Goins took the win for the Raiders, pitching 5.1 innings, allowing only 1 earned run on 4 hits while striking out 7. Corder took the save pitching 1.2 innings of scoreless ball.

The Raiders next four games are all at home, with Wayne County coming Thursday afternoon, a double header against Barbourville and Model Saturday and a make-up game against Southwestern scheduled for Wednesday afternoon.