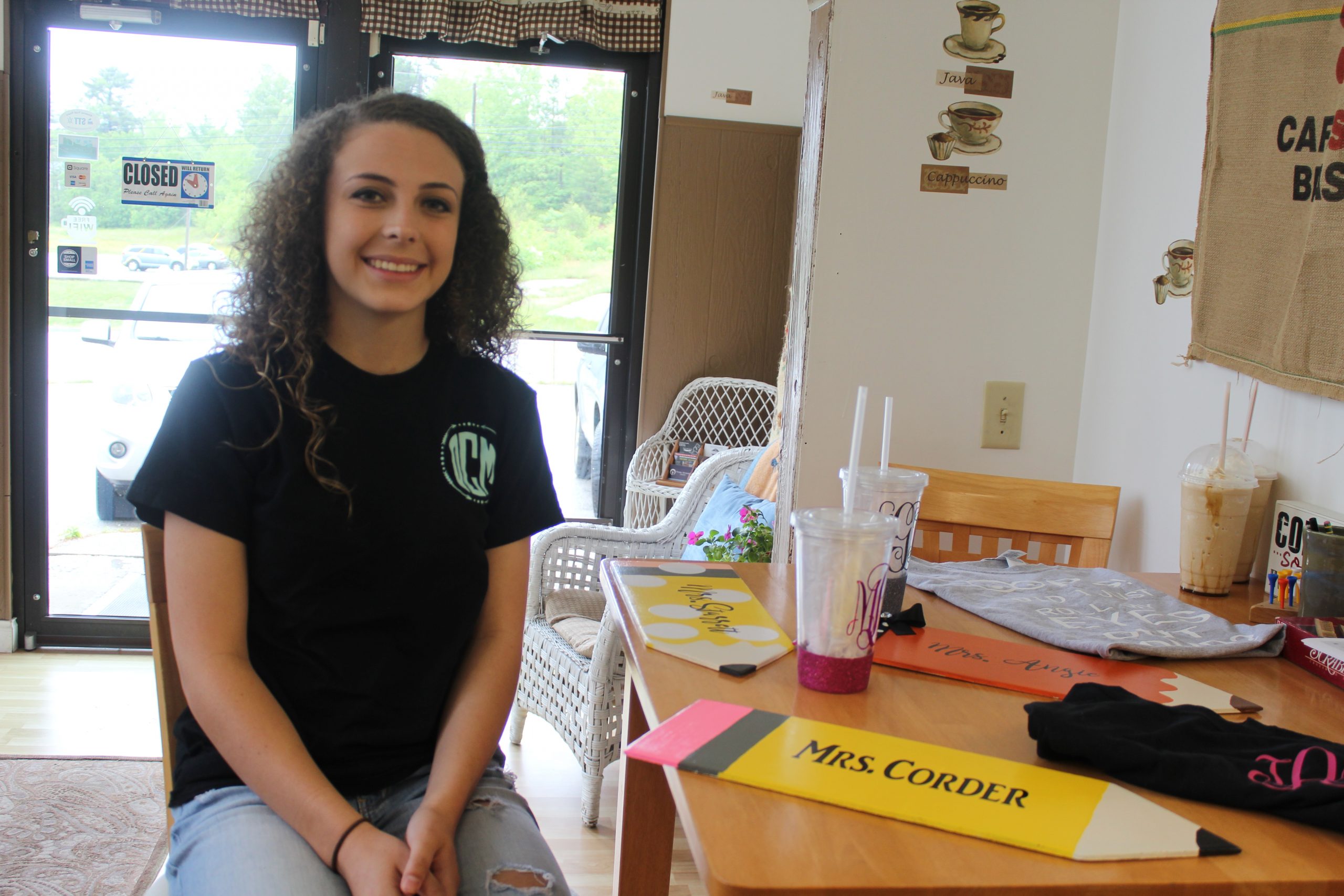 Fifteen year old Osha Clark’s mother just smiles when one expresses amazement at her daughter’s varied interests and talents which run the gamut from crafts to piano, archery, sign language, and beyond.

“She was always a mix between a tomboy and a girly-girl,” Osha’s mother laughs.  “I can’t help but remember her as a little girl riding bikes through the mud with her brothers while wearing a dress and a tiara!”

Today, as a teenager, Osha has ambitiously combined her sense of entrepreneurship with her interest in arts and crafts to successfully establish her very own Facebook arts and crafts outlet called, appropriately enough, “This Little Light of Mine.”  This year, the money she earns from marketing her arts and crafts will go to pay her travel expenses to the International Student Convention in Pennsylvania later this month.  Osha earned the right to compete against other students at the convention in a variety of areas by placing in several categories at the regional competition held earlier this year at Western Kentucky University.  Her success at the regional level included a first place finish in interpretation for the deaf.   At the International Student Convention, Osha will compete in the categories of puppetry, interpretation for the deaf, one act play, archery, piano, and scrapbooking.  The competitions are all Christian based.

Osha first began her business venture by making Christmas ornaments.  After placing a couple of her ornaments for sale on-line, she quickly received so many orders that she enlisted the help of her family as she plunged into making ornaments for customers-working late nights right up until Christmas.

It was during the frenzy of making Christmas ornaments that Osha’s Facebook page took on the name of “This Little Light of Mine.”

While working late into the night and early morning to make enough ornaments to fill all the orders from customers before the Christmas holiday, Osha and her family helpers were feeling tired and overwhelmed.  Suddenly, Osha’s brother walked through the house singing that old, familiar song, “This Little Light of Mine.”  Mom quickly joined in the song, hoping to lighten the mood.  It wasn’t long before the Clark home was echoing with the sound of all the family singing together as they completed the ornaments.   After that happy, bonding experience, Osha realized there was no better name for her business venture than “This Little Light of Mine.”

With her two older brothers, Nathaniel and Zachary, coming home from school for the summer, Osha is scrambling to get all the “work” materials and equipment moved from their rooms-which she had taken over in their absence to use for work space-to a room above the family garage.  One big brother has already had to spend one night sleeping on the couch because sis didn’t move fast enough.

Osha is a sensible shopper with the money she makes.  In addition to using it to help with school trips, she has invested back in her work by buying a new printer, computer, heat press, Silhouette Cameo machine, and other supplies and equipment.

Balancing time between home, school, Competition Cheer, work, hobbies, and the family cat, dog, and chickens (who show their devotion to Osha by running to her and letting her carry them) is difficult, but Osha manages it all with a smile.  She’s happy in school and plans to attend Western Kentucky University to major in Speech Pathology after graduating from high school.

Osha’s available items can be viewed and purchased by going to the Facebook page, “This Little Light of Mine.”  Items range in price from $4.00 to $25.00.  Local delivery (including Oneida, TN) is available, and gifts can be wrapped or packaged attractively.