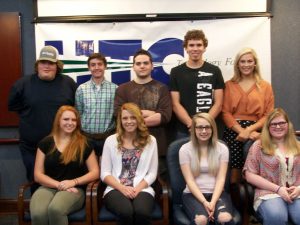 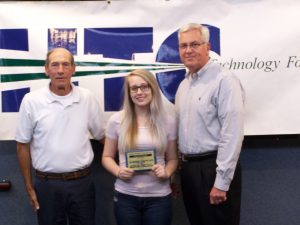 The Manager and Board of Directors of Highland Telephone Cooperative, Inc., (HTC) presented this year’s scholarships to winning seniors May 22, 2017, at Company headquarters in Sunbright.  This is the seventeenth year the scholarships were awarded by HTC to high-school seniors judged to be the winners of their essay contest.  The deadline for turning in the essays was March 17, and the winners were announced in early May.  The essay was entitled “Technology for Telecommunications” and was judged by an impartial panel consisting of local teachers.  Each judge reviewed essays from a county other than their county of residence.

The response for the HTC Scholarship Fund was very good this year.  HTC believes this is an excellent way to promote education among our young people and hopes that even more graduating seniors will again take advantage of this easy opportunity to win a scholarship next year.

HTC thanks everyone for his or her participation and support.