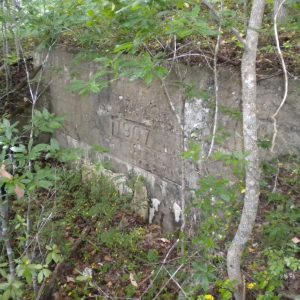 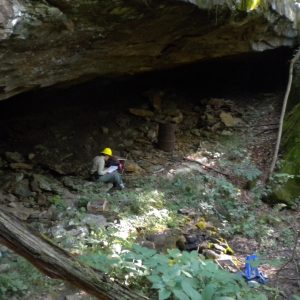 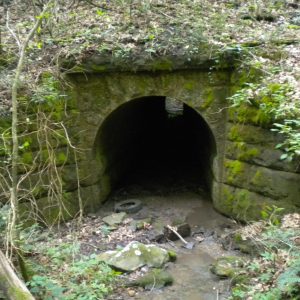 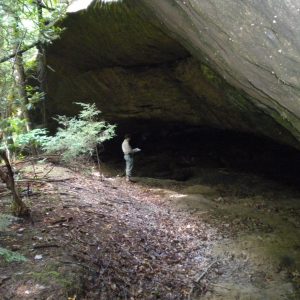 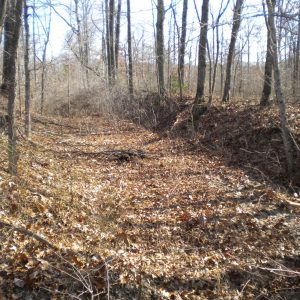 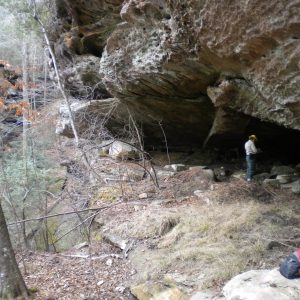 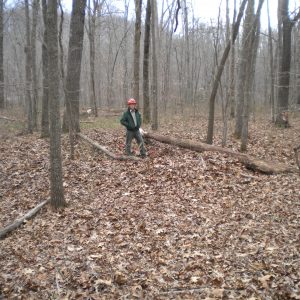 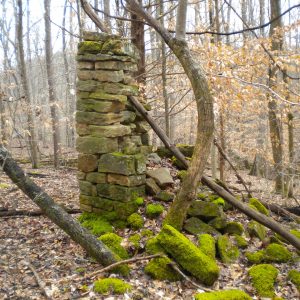 The work of United States Forest Service (USFS) archaeologist Randy Boedy will play a significant role in making the final decision concerning the go-ahead of the Greenwood Vegetation Management project in northern McCreary and southern Pulaski Counties located in the Stearns Ranger District of the Daniel Boone National Forest (DBNF.)  An announcement regarding the final decision is expected sometime this summer.

The proposed project is designed to move National Forest Service land in the Greenwood Project Area from existing conditions towards desired future conditions described in the USFS Forest Plan.  This movement would be accomplished  through a variety of actions designed to diversify wildlife habitat, improve forest health by reducing competition, increase hard mast production, restore shortleaf pine as a component of the ecosystem, and provide  forest products for public use.  Actions described in the proposal include woodland establishment, low thinning, two aged management (hardwood), midstory control, shortleaf pine restoration, herbicide use, prescribed fire, wildlife opening stand improvement, and establishment of upland wildlife water sources.  The planning area for the Greenwood project encompasses 32,000 acres; however, the area targeted for potential effect encompasses approximately 13,270 acres with 10,668 acres of that being within prescribed burns and 2,592 within silviculture treatment units.

Boedy’s work, as Stearns District Archaeologist, has been to assess and determine what effects the proposed Greenwood Vegetation project would have on the cultural resources of the area.  In his work, Boedy surveyed the project area for the presence or absence of cultural resources, and when found, determined their potential significance in terms of their possible eligibility for designation on the National Register of Historic Places.
To that end, Boedy and others, including paraprofessionals Mike Tapley, Xavier Singleton, and Drew Hopkins, completed 95 days of field work over approximately a two year period of time.  As a result of the survey, 45 archaeological sites, 29 isolated finds, and 37 landscape features were documented.  In addition, 21 previously recorded sites were revisited in or near the project area.

The findings of the survey are quite diverse and include intriguing finds such as Native American working places, long ago moonshine still sites, and historic house sites.
One of the most interesting finds was the discovery of a pine tar kiln, thought to be more than a century old.  The earthen mound with its central depression and a catchment basin on the downward side was surrounded by a partial trench on the northeast and south sides.  A shovel test unearthed black silt loam mixed with charcoal on top of yellow clay loam.  The tar kiln is thought to date sometime prior to 1908 since coring a mature black oak growing inside the earthen features produced a tree ring date of 107 years.  Back in the day, pine tar was used for medications, crude turpentine, wagon wheel hubs, and for ship preservation in the naval industry.

Historic home sites within the proposed project area dated to the early 1900s and yielded up a treasure trove of artifacts including a metal bucket, pieces of glass (including aqua marine container glass and amethyst glass), a wire nail (indicating post-1890s occupation for one farm residence), a clay marble, and a porcelain doll leg.  Existing remnants of home sites included a stone chimney, cellar steps, rail fencing, and a well casing.
Illegal distilleries or moonshine stills were indicated at some sites based  on the discovery of a wash tub, a Mason jar, hearth, and metal hoops.  These sites are estimated to have been used mostly from the 1930s to 1960s.

Additional surveyed sites are associated with the Alpine Coal Camp and Bauer Coal Camp.  Landscape features at these sites include those related to mining activity and the Bauer railroad bed, a linear landscape feature running through sections of the project area.

Numerous rockshelter sites yielded artifacts indicating Native American cultural affiliation during Archaic, Prehistoric, Woodland, and Mississippian time frames.
As a result of the extensive cultural resource survey of the area, it was concluded that all eligible sites within the proposed Greenwood Vegetation Management Project area will be avoided by mechanical vegetation treatment activities.  Therefore, the project will have no effect on any historic properties as they pertain to proposed timber and wildlife management.  Although some of the sites will be affected by the prescribed burns, there will be no adverse effects to any of the historic properties from those burns.