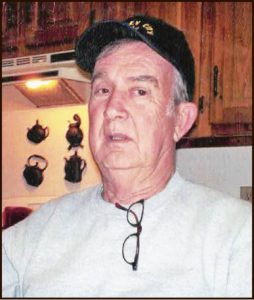 One of the founding members of the Whitley City Fire Department passed away last week, leaving behind a legacy of dedication and service to the community.
The life of Jim Miller, 79, was celebrated Sunday afternoon at the Hickman Strunk Funeral Home as friends and family gathered to pay tribute
Miller first came to McCreary County in 1962 after taking a position at Burgess Drugs as a Pharmacist, serving 38 years in that position until his retirement.
According to long-time friend and fellow member of the WCFD, Roger Bryant, Miller saw a need to organize fire service in the county and was one of the instrumental factors in the creation of the department.
Serving as Chief for several years before handing the reins to his son, Tony, Miller became a commissioner for his beloved department and was dedicated to help modernize the equipment and train the firefighters for the safety of the men and the community. Until his passing Miller remained an active part of the Whitley City Fire Department, serving as Administrative Chief.
Bryant spoke of Jim’s passion for helping others, often without their knowledge. Bryant said Miller did not want accolades for his deeds, only wanting to help.
A full obituary for Jim Miller is on page A5.