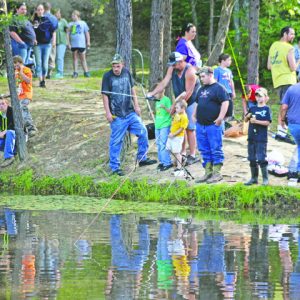 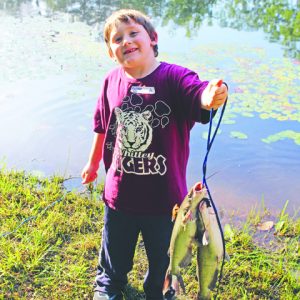 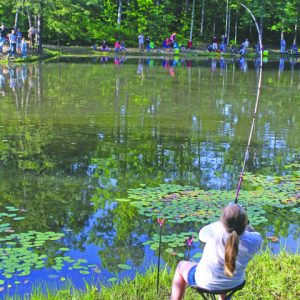 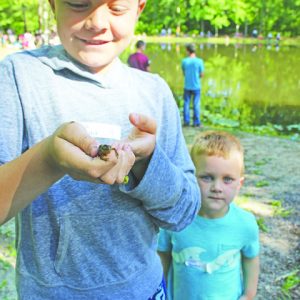 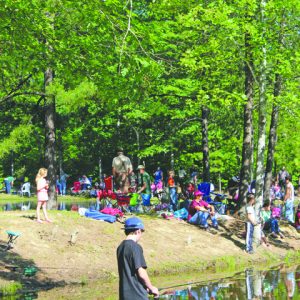 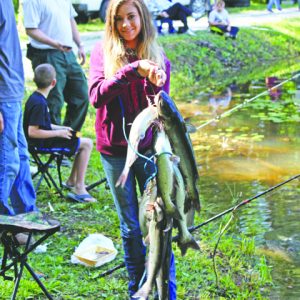 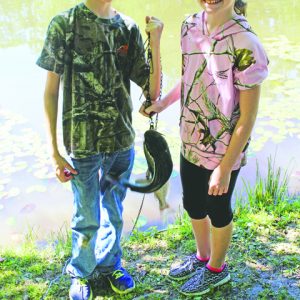 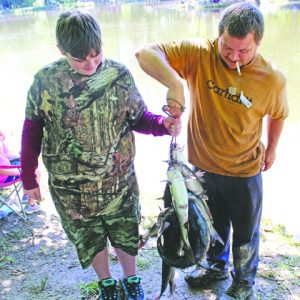 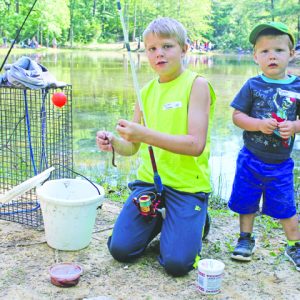 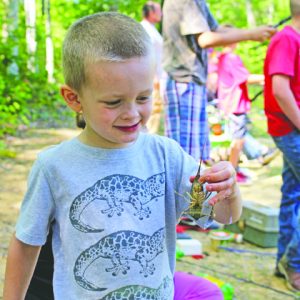 It was a beautiful day for munching hotdogs while reeling in catfish at the annual U.S.F.S. kids’ fishing derby at the Barren Fork Fishing Pond.  With the pond freshly stocked with 1400 pounds of catfish, 120 registered participants between the ages of five and fifteen managed to reel in a total of 492 pounds of catfish between 8:00 a.m. and 11:00 a.m. as family members and friends cheered them on.

With all participants receiving goody bags for their participation and many winning “door” prizes, Ryan McCollum walked away with a $50 Walmart gift card for reeling in the biggest fish at 7.52 pounds.  Prize winners in age group 5-9 were: 1st-Emmanuel Meadows with 34.11 pounds, 2nd-Ray Hughes with 21.10 pounds, and 3rd-Adison Taylor with 18.69 pounds.  In the age 10-15 bracket, Ryan McCollum finished first with 34.12 pounds.  Rylan Keith finished second pulling in 24.75 pounds, and Cassie Crabtree weighed in with 23.10 pounds.