Occupational Tax receipts for the month of May continue to push the County toward erasing a projected shortfall by the end of the fiscal year, but not by enough.

While the more than expected revenue is a help for the County budget, it still falls short of erasing an expected deficit, making it likely that the Fiscal Court will not be able to end the year with all bills paid.

During this month’s Fiscal Court meeting Judge Executive Doug Stephens stated he did not expect the County to be able to pay all bills by the end of June – the close of the current fiscal year. The Judge said an effort would be made to pay all mandated bills, such as payroll and prisoner housing costs, but other non-essential bills would have to be carried over into the next fiscal year.

While not looked upon favorably by state law, the Judge said deferring the payments should not impose any penalties from the state government.

A better idea of how much debt will be carried forward is expected to be revealed next week when the Fiscal Court holds a special session to finalize the budget for 2017-18.

At that meeting, scheduled for June 30 at 9:00 a.m., the Fiscal Court is expected to approve the final reading of the new budget, along with a second reading of the Business License ordinance and deal with other end-of-year issues.

Deputy Judge Executive Randy Jones explained the remainder of the collections were delayed reports from businesses (who typically report each quarter rather than monthly) who submitted payments from before the increased rate. With June’s collections, to be reported after the first week of July, the full amount of extra revenue for the Jail Fund is expected to be available for deposit into that fund.

The Budget Summary is below: 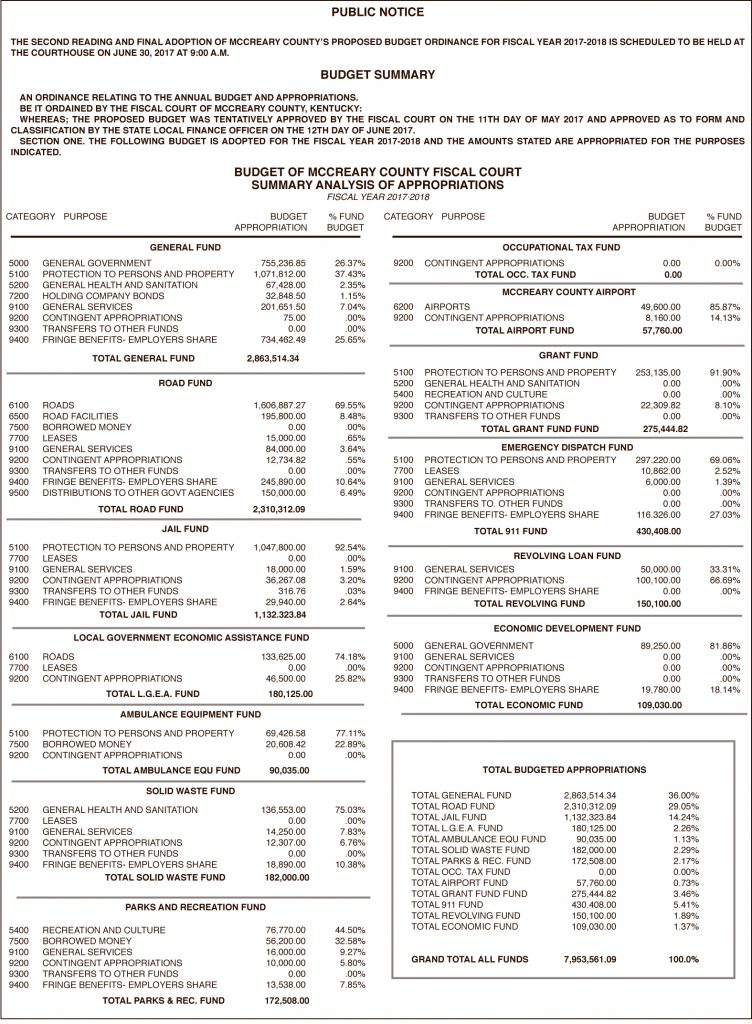